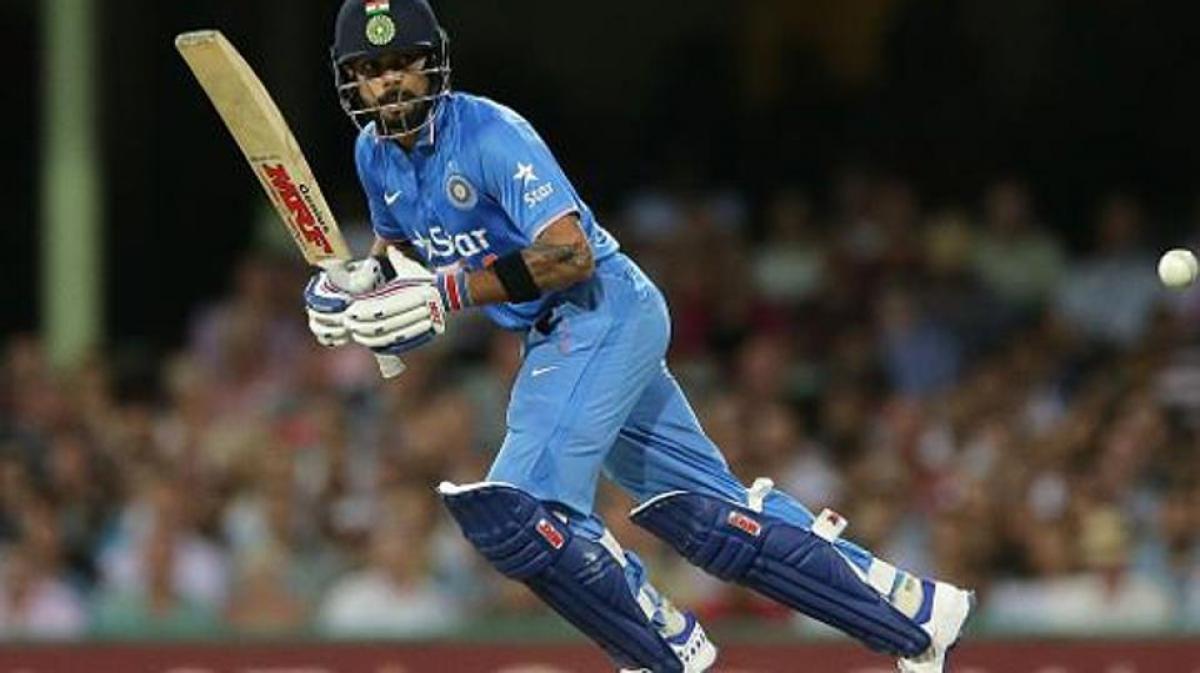 India captain Virat Kohli is the lone cricketer from the country to feature in the top 10 of the ICC Players Rankings for ODIs as he managed to hold on to his third spot in the batsman\'s chart.

London: India captain Virat Kohli is the lone cricketer from the country to feature in the top 10 of the ICC Players Rankings for ODIs as he managed to hold on to his third spot in the batsman's chart.

The intense competition in the individual rankings justifies the upcoming ICC Champions Trophy's significance as players from the eight participating teams feature prominently in it and not much separates the top players in the fray.

Among other Indians to feature in the top 20 of the ICC Players Ranking for ODI batsmen are Rohit Sharma (12th), Mahendra Singh Dhoni (13th) and Shikhar Dhawan, who dropped a place to 15th.

However, there was disappointment for India in the bowlers chart as not a single cricketer from the country features in the top 10 list which is being headed by Kagiso Rabada of South Africa.

Left-arm spinner Axar Patel finds himself at joint 11th spot along with New Zealand's Matt Henry while Amit Mishra (13th) and off-spinner Ravichandran Ashwin (joint 18th) are the other two Indian bowlers to feature in the top 20 list.

Only 23 points separate the top three bowlers Rabada (724 points), Imran Tahir (722) and Mitchell Starc (701). India, South Africa and England have four batsmen each inside the top 20 with New Zealand (three), Australia and Pakistan (two each) also having significant presence.

Similarly, among bowlers, Bangladesh and England have three each inside the top 20, followed by New Zealand, South Africa and Australia with two each. In the all-rounders' list led by Bangladesh's Shakib Al Hasan, there are three players from England in the top 10.

England's series win over South Africa, which helped it gain two points, also reflects the close competition that can be expected in a crisp tournament like the ICC Champions Trophy.

For example, Australia and India could overtake South Africa by the next rankings update if they win all their three league matches and South Africa loses all its three matches.

South Africa, Australia, India and New Zealand have all won this prestigious tournament in the past while last time's finalist England will be hoping to do one better in home conditions and with the confidence of the series win over South Africa.

The tournament, which runs from June 1 to 18, also gives an opportunity to teams like Bangladesh, Sri Lanka and Pakistan to consolidate their positions in the ICC ODI Team Rankings as England and the seven other top-ranked sides gain direct qualification berths to the ICC Cricket World Cup 2019.

Both Bangladesh and Sri Lanka are on 93 points and eighth- ranked Pakistan on 88 points, giving these teams a chance to gain more points by upsetting better-ranked sides since the rankings are weighted to reflect the difference in points.

Meanwhile, other players to gain in the rankings after the England-South Africa series include Quinton de Kock (up two places to fourth) and Eoin Morgan (up five places to 17th) among batsmen and Liam Plunkett (up seven places to 16th) among bowlers.