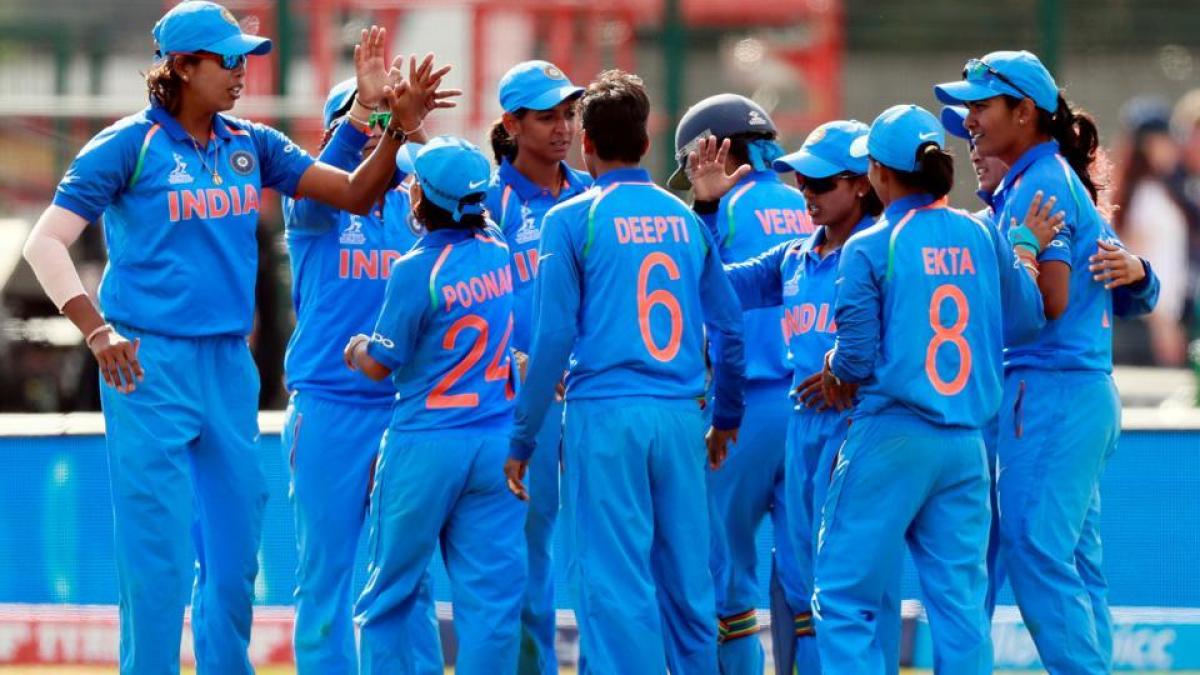 Their confidence on an all-time high after back-to-back wins, India would look to continue their unbeaten streak when they clash against arch-rivals Pakistan in their third game of the ICC Women’s World Cup in Derby on Sunday.

Their confidence on an all-time high after back-to-back wins, India would look to continue their unbeaten streak when they clash against arch-rivals Pakistan in their third game of the ICC Women’s World Cup in Derby on Sunday.

The Indian women’s team, enjoying rich vein of form, would definitely start as overwhelming favourites against Pakistan, who have looked below-par in the tournament so far.

As far as their recent form is concerned, India comprehensively won their last four ODI series, first whitewashing Sri Lanka and the West Indies at home and then beating South Africa in the finals of the World Cup qualifier as well as the quadrangular series.

The Indians continued from where they left in the qualifiers and registered comprehensive victories in their first two matches.

India made a dream start to the tournament by stunning hosts England by 35 runs before trouncing West Indies by seven wickets in their next encounter.

Sana Mir-led Pakistan, on the other hand, are yet to taste victory in the tournament. They have lost by three wickets against South Africa before being handed a heavy 107 runs defeat via D/L method by England.

And come tomorrow, they would be desperate to open their account and what better it can be if they can taste success at the expense of traditional rivals India.

But it would be easier said than done as India are looking a completely different side in this tournament. The Indians have so far excelled in all three departments of the game.

While the batters stole the limelight against England, it was the chance of the bowlers to shine against West Indies as they restricted the Caribbeans to a paltry 183 for eight.

She might not have picked up any wickets in the first two games, but Jhulan Goswami, the highest wicket-taker in ODI history, will lead the Indian bowling attack and would be desperate to contribute to the team’s cause.

On the batting front, opener Smriti Mandhana looked to be enjoying the form of her life.

The left-hander, who has made a fine return from injury, followed up her 90-run knock against England with a smashing 106 off just 108 balls against the West Indies to set up the base for India’s chase.

With 196 runs in just two games, the 20-year-old Mandhana has no intention of stopping and she has already warned that there is a lot more to come.

Besides Mandhana, skipper Mithali Raj too is in tremendous touch. She struck a record-breaking seven successive half centuries before the streak got snapped in the last game against West Indies.

Against West Indies (46), Raj fell just four runs short of what could have been her eighth successive half century.

But the Indians will have to be on their toes tomorrow as plenty of emotions run in any Indo-Pak encounter and eventually the team which can hold their nerve better will have an edge over their rival.