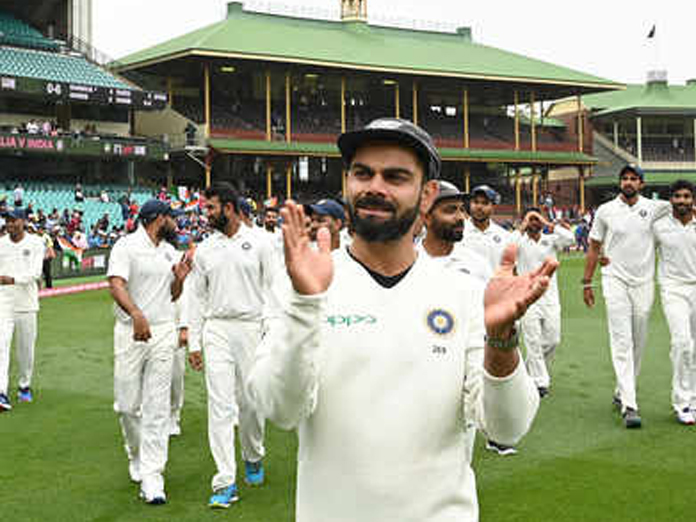 New Delhi: The BCCI on Tuesday announced cash awards of Rs 15 lakhs per match for each of the playing eleven that featured in India's maiden Test series win on Australian soil.

Virat Kohli and Co. defeated Australia 2-1 in the four-match Test series Down Under, ending India's 71-year-old wait for the rare achievement.

Congratulated the team, the BCCI also announced cash awards for all the reserve players, as well as the members of the support staff.

The coaches will be awarded with Rs 25 lakhs each, while the the non-coaching support staff will receive bonuses which will be equivalent to the pro-rata salary/professional fee.

India had won the first and third Test in Adelaide and Melbourne respectively, while the hosts emerged victorious in the second match in Perth. The fourth and final Test in Sydney ended in a draw due to inclement weather.