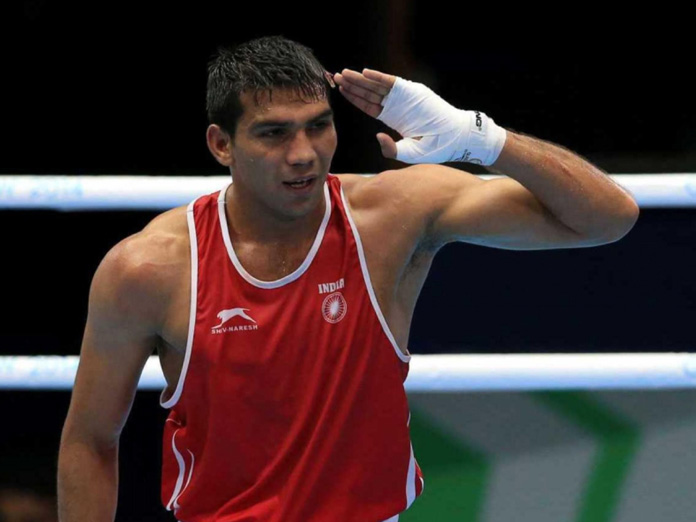 ​New Delhi: Seasoned boxer Manoj Kumar has intensified his war with the Sports Authority of India by accusing the body of trying to hurt his career but the SAI continued to assert that the three-time Commonwealth Games medallist has been provided assistance throughout.

In a fresh letter to Sports Minister Rajyavardhan Singh Rathore, Manoj's elder brother and coach, Rajesh Kumar Rajound, has stated that the officials in SAI were trying to hide behind “lies”. He reiterated that the officials were dragging their feet on releasing Rs 5.30 lakh that the boxer would require for treatment for a groin injury.

“After a checkup, a minor stress fracture was indicated in the MRI reports. The reports and estimated cost was rushed to the concerned officials,” Rajound stated in the letter referring to the injury that Manoj picked up during the Asian Games in Jakarta last year.

“The estimated cost of treatment mentioned by the hospital is Rs 5,30,400. However, even after sending in all the medical reports, I have yet to get any concrete reply from the concerned officials,” he added. But SAI, in a statement issued on Thursday, denied that Manoj has been left in lurch and gave details of the financial assistance provided to him when he was a part of the Target Olympic Podium scheme. “Manoj Kumar was part of the TOP Scheme from 2016 till Asian Games 2018. During this time, he received Rs 24.8 lakh from TOPS,” the SAI stated.

“This also includes Rs 60,000 that was paid towards treatment for his hip injury at the Kokilaben Hospital in September 2018. This assistance is in addition to the government support he received in National Camps from 2015-2018,” it added.

The SAI said the demand for Rs 5.30 lakh by Manoj was never formally addressed to SAI. “SAI has not received any proposal from Manoj Kumar seeking financial assistance of Rs 5,30,400 for his treatment. The proposal was sent to the Boxing Federation of India in November 2018, SAI was marked on the communication sent to BFI, only for information,” it stated.