Tale of a danseuse 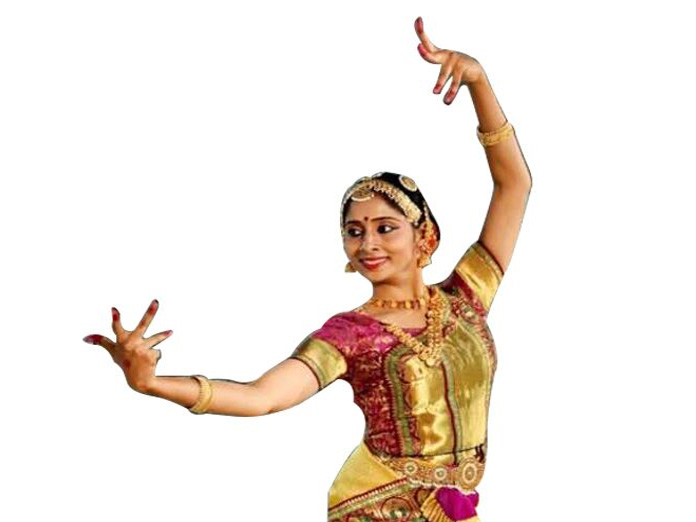 A woman who spent decades longing to learn dance and finally began learning the art at age 32 along with her daughter, and eight years later, has dozens of performances to her credit and her own dance school In between, she also acquired an MCA degree and 11 years of work experience with MNCs That is the remarkable story of Kuchipudi exponent Jyothi Reddy

A woman who spent decades longing to learn dance and finally began learning the art at age 32 along with her daughter, and eight years later, has dozens of performances to her credit and her own dance school! In between, she also acquired an MCA degree and 11 years of work experience with MNCs. That is the remarkable story of Kuchipudi exponent Jyothi Reddy.

Hyderabad-based Jyothi is Founder and Director, Jyothi Kalakshetram dance school, which has 96 students at present. She has given dance programmes at several well-known venues like TTD Naada Neerajanam (Tirupati), several national dance festivals, for the Indian Road Congress (IRC) Conference, Hyderabad; and at Shilparamam, TTD.

Among the titles, she has received are Natya Mayuri from TTD-organised event at Tirupati; Nritya Ratna award; Mahatma Gandhi Memorial Award-2017, etc. Jyothi's life is an example to women or in fact, anyone, that where there is a will, there is a way and that nobody can stop a person who does not give up on her dreams. Her struggles and triumph are indeed inspiring.

Jyothi who hails from a humble agricultural family was born and brought up in a small and remote village called Vajjavari Kandriga about 10 km from Nagalapuram in Chittoor district of Andhra Pradesh. She was fond of dance as long as she can remember. She was also inspired by the movie ‘Mayuri’ in which the central character fights many obstacles to revive her dance career after a horrifying accident. "The dance-centric Telugu film ‘Mayuri’, directed by Singeetam Srinivasa Rao and produced Ramoji Rao, had a great influence on me and made me even more determined to become a dancer," reveals Jyothi.

However, there were no classical-dance teachers around her village. Moreover, her family was financially in no position to send her to a big city like Chennai or Hyderabad to learn the art. "I used to study in a government school and walked or took buses to reach the place."

Since educational opportunities around her village were limited, Jyothi was admitted in a small, residential school in Tirupati in the ninth standard. "I hoped to learn Kuchipudi in this city but again I was thwarted as the strict hostel rules meant we could not venture out much beyond our classrooms and dormitory," she explains. "I kept hoping and praying for an opportunity, but nothing came up. However, I did not let go of my desire or ambition."

She completed her MCA from the Padmavati Mahila University campus, Tirupati. She passed with top rank and also acquired an MS degree from BITS, Pilani. Later, she worked as software engineer for 11 years for major companies like Motorola and Bank of America. "I wanted to succeed in the corporate world for the sake of my parents, but my heart was set on becoming a dancer," she shares.

Meanwhile, she got married and her daughter Tharishya was born. Jyothi wanted to give her daughter what she herself had missed as a child. So, in 2011, she admitted Tharishya, then a five-year-old, in Kuchipudi dance classes under Yamini Reddy, daughter and disciple of the legendary dance-duo Radha and Raja Reddy. "I am a big admirer of this great dancer-couple."

While watching her daughter in the dance class, Jyothi wondered if she too could join the class. She was 32, and unsure of her in-law’s approval and moreover, had just had her second child, a son. After some thought, she finally decided to take the leap. She joined Kuchipudi classes after informing her husband and with his support.

It must have been tough to begin dance at that age since success in dance is all about training the limbs from a young age. Jyothi agrees: "It was hard to train my body. Also, I was just recovering from my C-section surgery for my son’s birth. I could not perform complex steps and stretches in the beginning. However, I worked hard and slowly began mastering the very simple moves. Later, slowly I attempted and managed complex steps and could match the other girls in my dance batch."

Were there other psychological challenges — like learning alongside girls far younger than her? "Yes, indeed. It was a bit embarrassing to be learning along with girls some of whom were 15 to 20 years younger than me. Later, also, whenever there were programmes coming up, the gurus used to select only young girls for the performance saying 'let the young ones go and perform...you can do some other programme or wait for something else to come up...' I knew I was just as good but not receiving adequate performing opportunities as the others because I was older i.e. in my mid-30s."

Far from causing dejection, this only spurred the strong-willed and positive Jyothi to more hard work and success. In 2016, at the age of 38, she performed her arangetram aka Kuchipudi Rangapravesham and then founded her own dance school where she had the freedom to organise her own programmes and perform whenever she thought fit, sometimes solo and at other times with her students.

"It was at that time of my arangetram that my in-laws came to know that I was learning the dance – I had to tell them at that point! They were surprised but encouraging. Even then I had to face the derision of many acquaintances and relatives who mocked 'Does a woman really need to start performing a dance at this age‽' Today, my husband, mother and in-laws are my support systems and the appreciative audiences keep me going."

Today, Tharishya Reddy, her 11-year-old daughter and disciple has just completed her Rangapravesham and is a budding professional. "I hope she receives all the opportunities I missed and performs around the world. I also have another dream – I want to set up a branch of my dance school in my village so that girls from all villages in the vicinity can come there and learn classical dance."

Jyothi also believes in giving back to society. At a community hall in Banjara Hills, she teaches Kuchipudi to children from economically backward classes — children of maids, construction workers, drivers, etc. She charges them a very minimal fee or teaches them free of cost in many cases. "Some of my students used to come to class accompanied by their young maids/daughters of maids who used to wait outside the classroom. I would notice that these girls would be observing me and my students from outside and imitating our dance moves. I realised that these girls too must be wanting to learn, hence I set up this regular class where they are taught virtually free of cost.

I even include the talented students in my dance programmes and arrange for their costumes, make-up, etc. Once when two such girls performed with me at Nada Neerajanam in Tirupati, their parents, who watched them on TV, later met me and thanked me with tears of joy. That is my ultimate reward as a dance teacher!"