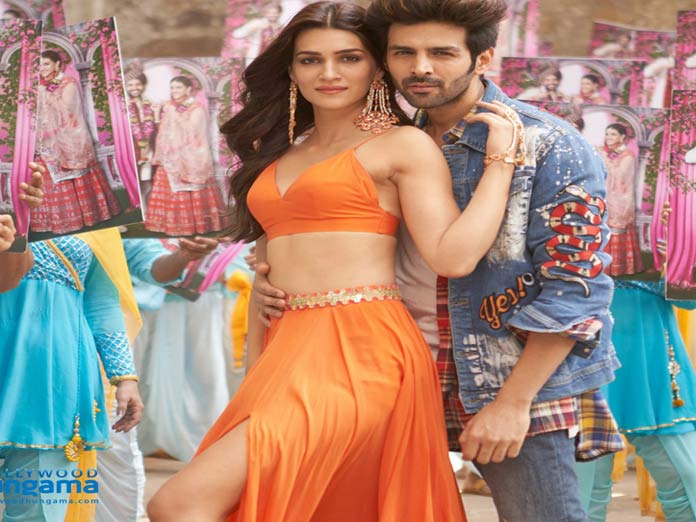 2019 in some sense has opened great Bollywood for long suffered from a superstition that January movies dont do well Last year Padmavat and this year Uri The Surgical Strike have shattered that myth In the last 40 odd opening days of 2019, we have been subjected to some content based attempts by Bollywood

2019 in some sense has opened great. Bollywood for long suffered from a superstition that January movies don’t do well. Last year ‘Padmavat’ and this year ‘Uri: The Surgical Strike’ have shattered that myth. In the last 40-odd opening days of 2019, we have been subjected to some content-based attempts by Bollywood.

The next two-three months, in particular, have some interesting movies, which could be the money spinners of 2019 and also, they could carry the content wave of 2018 forward. Here are some of them for your calendar marking.

Sandeep Aur Pinky Faraar: If there is one big daddy of dark comedy movies in India today it is Dibakar Bannerji. The man has literally opened a genre in a recent decade all by himself and he will soon be coming back with a movie called ‘Sandeep Aur Pinky Faraar’. The pair of Arjun Kapoor and Parineeti Chopra did not exactly set the box office on fire with their last offering called ‘Namastey England’, but they sure have some chemistry between themselves and one must not forget the freshness of ‘Ishaqzaade’ – ‘Sandeep Aur Pinky Faraar’ could be one of those films that might have at least the young multiplex crowds swooning.

Luka Chuppi: In a lot of ways Kartik Aryan is the new-age Govinda. His fans love him. He has a great sense of comic timing. He is a brilliant actor. The purist media refuses to respect him or his movies. You could write all this about Govinda in the 1990s and every sentence would fit on Govinda’s the then career. Kartik Aryan and the audience, of course, do not apparently worry about purist brigade and his movies including the last year surprise blockbuster ‘Sonu Ke Titu Ki Sweety’ continue to rock the box office. ‘Luka Chuppi’ has the same comic element and has created a buzz. This one could make the soda sellers in cinema halls, particularly single screens very, very happy.

Kesari: Akshay Kumar and his movies are fast becoming like Kamath Hotel’s onion uthappam. Tried and reliable and something, which sells like hotcakes. Akshay Kumar seems to have understood the pulse of what works as a box office and you will have to look hard to look at a real box office failure in his CV in the last five odd years. Kesari, in any case, is a gritty story of what has been recognised as one of the most well-fought last stands by Army in the history of the human race. There is no way this one could fail at the box office unless the directory gets the screenplay very wrong. 2019, in any case, has been warm to patriotism genre and Kesari looks all set to ride that wave.

Romeo Akbar Walter: While John Abraham fans would want to disagree that he is one of the biggest underrated superstars of our times. He has a certain screen presence, which works well in brooding angry guy roles. John also has set himself in a mode where he would let his work speak. ‘Romeo Akbar Walter’ had the most interesting teaser released in the last few months and if there is one big dark horse, which could work wonders at the box office then it is this movie. This could be that surprise superhit that no one expected.

Bharat: The ‘Bhai’ is back with ‘Bharat’. You might not find some of the latest Salman Khan films very logical. Although to be fair to him ‘Dabangg’, ‘Bajrangi Bhaijaan’ and ‘Sultan’ were not exactly dumb content – still his image has taken a lot of beating with the super debacle of ‘Race 3’. He has a lot to show to his critics and ‘Bharat’s trailer has yet again developed a frenzy amongst those who love him. You can always bet on a Salman movie to work despite the recent apprehensions on Khan era being over.

Student of the Year 2: This one has Tiger Shroff in it. The latest contender of the superstar brigade and Bollywood’s youngest prince. Barring one movie Tiger Shroff seems to be hitting bulls’ eye every time at the box office. Something, which even super dad Jackie could not achieve post the mega success of ‘Hero’. ‘SOTY 2’ could work just because of Tiger Shroff.