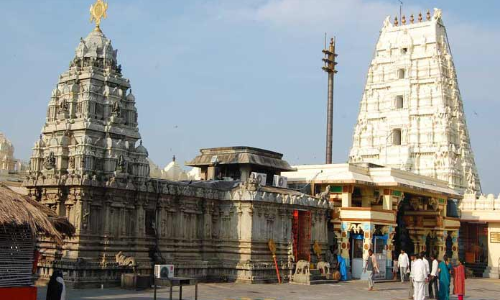 For the auspicious occasion of Maha Shivaratri, these temples are a great source of spiritual comfort and transcendental bliss

For the auspicious occasion of Maha Shivaratri, these temples are a great source of spiritual comfort and transcendental bliss.

Kedarnath Temple
The spell bounding temple is on the Garhwal Himalayan range near the Mandakini river in Kedarnath, Uttarakhand in India. Due to extreme weather conditions, the temple is open only between the end of April to November. The temple is not directly accessible by road and has to be reached by an 18 kilometres uphill trek from Gaurikund. Pony and manchan service are available to reach the structure. According to Hindu legends, the temple was initially built by Pandavas and is one of the twelve Jyotirlingas (Radiant Sign), the holiest Hindu shrines of Shiva.

Kashi Vishwanath Shiv Mandir
The temple stands on the western bank of the holy river Ganga and is one of the twelve radiant Sign, the holiest of Shiva temples. The main deity is known by the name Vishvanatha. The Kashi Vishwanath temple, located in the historic city of Varanasi is a magnet of thousands of devotees every year from India and abroad. The temple holds a very engrossing past. It is said that one who leaves his/her body in Kashi Vishwanath gets liberated from the cycle of births and deaths and even a single darshan of the sacred Jyotirlinga is equivalent to the darshan of all other Jyotirlingas spread in different parts of the country.

Somnath Temple
The Somnath temple located in Prabhas Patan near Veraval in Saurashtra on the western coast of Gujarat is believed to be the first among the twelve Jyotirlinga shrines of Shiva. Somnath temple yatra holds great prestige and reverence, it is one of the major destinations of Char Dham yatra. This historic temple is located in the Prabhas Kshetra near Veraval in Saurashtra, near the seashore.

Ramanathaswamy Temple
The wonderful and exotic temple of Ramanathswamy is a revered and highly esteemed shrine of Lord Shiva in South India. It is also one of the twelve Radiant Sign temples located on Rameswaram island in the state of Tamil Nadu, India. It is one of the 274 Paadal Petra Sthalams, where the three of the most revered Nayanars, Appar, Sundarar and Tirugnana Sambandar, have glorified the temple with their songs. The temple was expanded during the 12th century by Pandya Dynasty

Murudeshwara Temple
Murudeshwar Temple located at Kanduka Giri Hill is one of the prime attractions of Murudeshwar and must be visited by all tourists. Famous for the world's second tallest Shiva statue, the town lies on the coast of the Arabian Sea and is also famous for the Murdeshwar Temple. Murdeshwar has a railway station on the Mangalore-Mumbai Konkan railway route. Tourists can see several sculptures, such as concrete sculptures of maidens, in the temple premises. It also has a twenty-storied Rajagopura with two full-sized elephants at its entrance. The temple is built using granite and showcases the South Indian style of architecture.