MWC 2019: 1TB microSD cards will boost the storage of your device 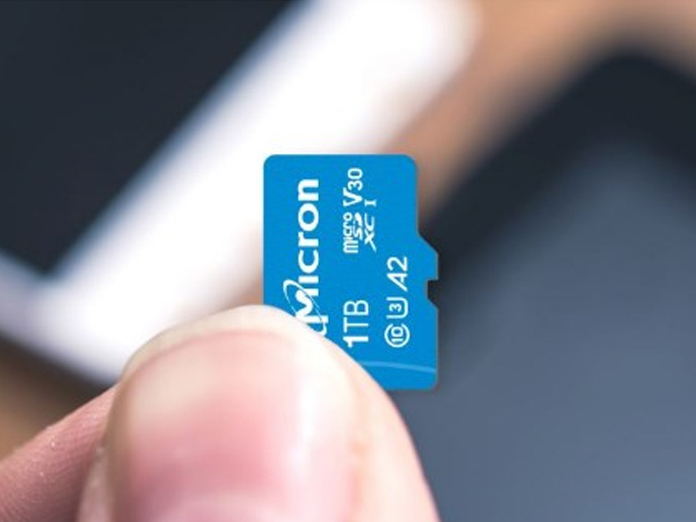 If you need loads of storage on your smartphone or tablet, then youll be happy to know that two microSD cards have been announced at MWC 2019 with 1TB of storage which makes them the highest capacity microSD cards in the world

If you need loads of storage on your smartphone or tablet, then you’ll be happy to know that two microSD cards have been announced at MWC 2019 with 1TB of storage which makes them the highest capacity microSD cards in the world.

Micron’s c200 1TB microSDXC UHS-I card comes with a 96-layer 3D quad-level cell (QLC) and NAND technology to bring such a large capacity to a small memory card. According to Micron, this card has been designed exclusively for high-performance mobile applications and is certified for the A2 App Performance Class specification.

That means you can expect better performance at running applications and games which are installed on the card. It has read speeds of 100MB/s and writes speeds of 95MB/s. From the second quarter of 2019 it will be available, but as of now exact release date or price for the memory card are not known.

Considering the competition is narrow, that claim isn’t hard to validate, and on paper at least it seems Western Digital has the performance edge over the Micron, with reading speeds of up to 160MB/s, which Western Digital claims allows you to transfer 1,000 high-resolution photos and 30 minutes of 4K video in less than three minutes.

Write speeds, though, are slightly slower than Micron’s card, at 90MB/s. As with Micron’s card, the SanDisk microSD card meets the A2 App Performance Class specification.

If you think that this kind of high capacity won’t come cheap, then you are right, with the 1TB SanDisk Extreme UHS-I microSDXC costing $449.99 (around £340, AU$630) when it will go on sale in April.
While both of these cards are aimed at drastically expanding the storage space of smartphones (those which still have microSD slots, that its), the photographers will get attracted to these cards due to the huge capacity and fast transfer rates.

In addition, if you own a Nintendo Switch console, you’ll be able to store ample of downloadable games if you slot one of these cards into it. However, at around the cost of the entire games console, some people may find these 1TB microSD cards a little too expensive.