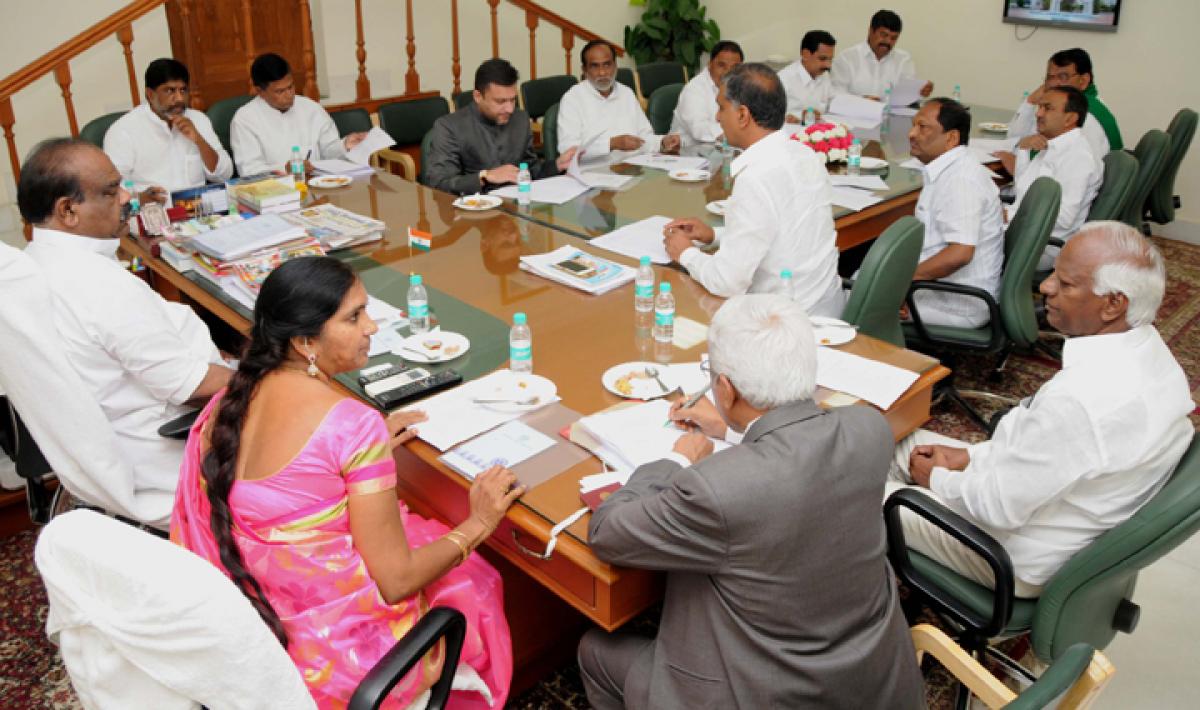 The Telangana Assembly is all set to have an in-depth debate on the prevailing drought condition in the state and the challenges being faced to overhaul the education sector from school level to university on Wednesday, the penultimate day of the ongoing budget session.

Hyderabad: The Telangana Assembly is all set to have an in-depth debate on the prevailing drought condition in the state and the challenges being faced to overhaul the education sector from school level to university on Wednesday, the penultimate day of the ongoing budget session.

The Business Advisory Committee (BAC) meeting conducted by Assembly Speaker S Madhusudhana Chary here on Sunday decided to extend the budget session for two days on March 30 and 31. Earlier, it was decided to wind up the session on March 29 after the approval of the appropriation Bill in the House.

On the request of the Chief Minister K Chandrasekhar Rao, the ongoing session has been extended for two days and decided to take up a debate on drought, education and water crisis in Greater Hyderabad. On the last day, the Chief Minister would unveil a new irrigation policy and his vision to create one-crore-acre fresh ayacut in Telangana through a power point presentation in the House, the Speaker said.

In the morning session, the House would debate drought and drinking water problem in municipalities including Hyderabad. KCR is expected to make a statement on drought in the state for the consecutive second year and the measures being taken by his government to provide relief to farmers. The afternoon session would discuss challenges in the education sector.

The government is likely to announce a policy decision on the long-pending demand for implementation of KG-to-PG education in the state. During the four-hour power point presentation, KCR would explain the necessity to re-design and re-engineer the pending projects, water resources available for the state from the River Godavari, River Krishna and their tributaries, illegal construction of barrages by neighbouring Maharashtra and Karnataka across the River Godavari and Krishna and its impact on the state in the area of irrigation.

The reasons behind reducing the height of barrages being constructed on the Chevella- Kaleswaram project with the support of Maharashtra and the action plan to create one-lakh-acre fresh ayacut in every Assembly constituency in the next four years are also included in the presentation. Two giant LED screens and six high resolution cameras would be installed in the House to make KCR his presentation a successful ‘live concert’ in the morning session.

After the lunch, the Chief Minister would also clear doubts both from the treasury benches and Opposition members on the new irrigation policy. The Chief Minister already held 30 to 40 mock demonstrations on the screens in his camp office attended by state advisor to irrigation R Vidyasagar Rao and irrigation special chief secretary SK Joshi and another irrigation expert Sridhar Deshpande and others.

Experts from irrigation and water resources managements would be invited to attend the power point presentation in the Assembly. Opposition members were also requested to invite their party leaders to witness the 'historical' event, as is being claimed by ministers.