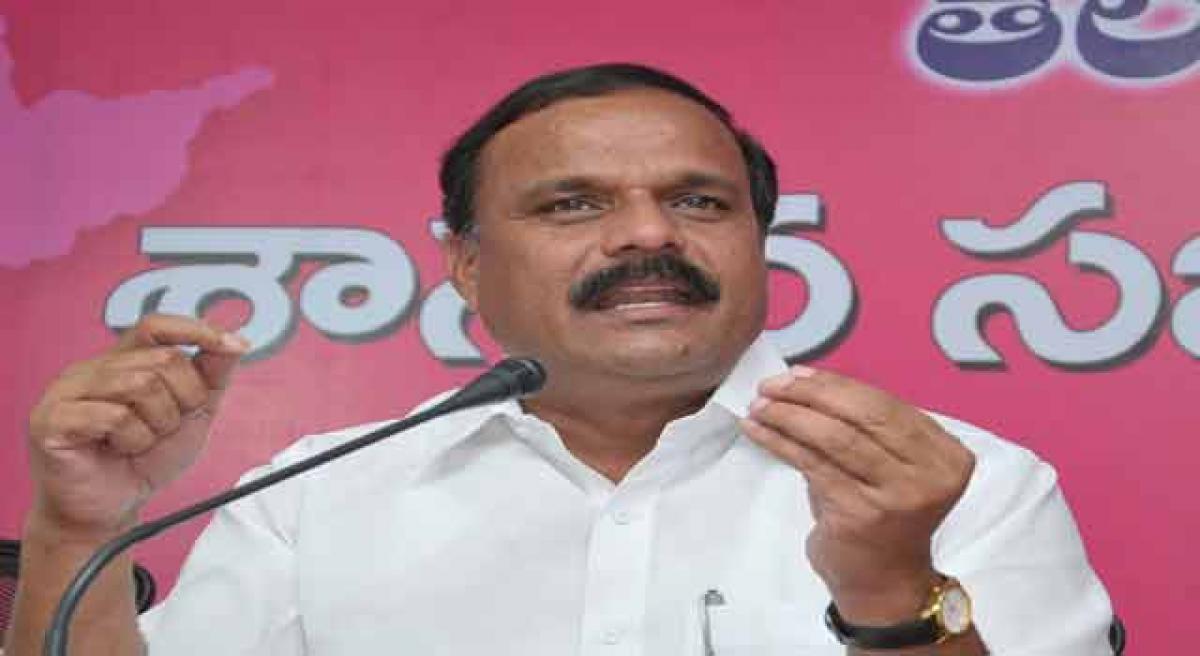 Telangana Rashtra Samithi (TRS) leader Karne Prabhakar lashed out at the new chief of Telangana unit of the BJP Dr K Lakshman for his comments against the State government.

​Hyderabad: Telangana Rashtra Samithi (TRS) leader Karne Prabhakar lashed out at the new chief of Telangana unit of the BJP Dr K Lakshman for his comments against the State government.

Addressing the media here on Saturday, Prabhakar accused the BJP leader of failing to impress upon the Centre for Telangana growth and development. “Lakshman should know facts before going to make derogatory remarks that the State government had failed in many sectors.

Telangana State surpassed all other States in the country in terms of achieving remarkable growth in many sectors,” he said. But the BJP and other Opposition parties were making a hue and cry for political mileage, he added.

Stating that the TRS government’s schemes were getting pat from the Centre and other States, the TRS leader said except KG-to-PG scheme, the TRS implemented all the manifesto promises and also many other new schemes were launched successfully without any prior assurance.

Though the BJP was ruling at the Centre, the State BJP leaders could not fetch adequate funds for various welfare schemes and development programmes in the State, he said and sought to know why the State BJP abstained from pressing the Centre to give tax exemption to the new State of Telangana like it offered to Himachal Pradesh.

Though the State government had been asking for setting up of a steel factory at Bayyaram in Khammam district, the Centre was ignoring it and the State BJP leaders were maintaining silence on it, he alleged. Even the Centre was not reacting to our demand for according national status to Pranahitha-Chevella project, he lashed out. Prabhakar said the TRS would clinch Palair by-elections in Khammam district.

The Opposition parties had already prepared for a debacle as the people were with the ruling party, he said. Prabhakar also said the BJP, the Congress and the Telugu Desam Party had to make a vain bid in this poll as there was no scope of even securing their deposits.