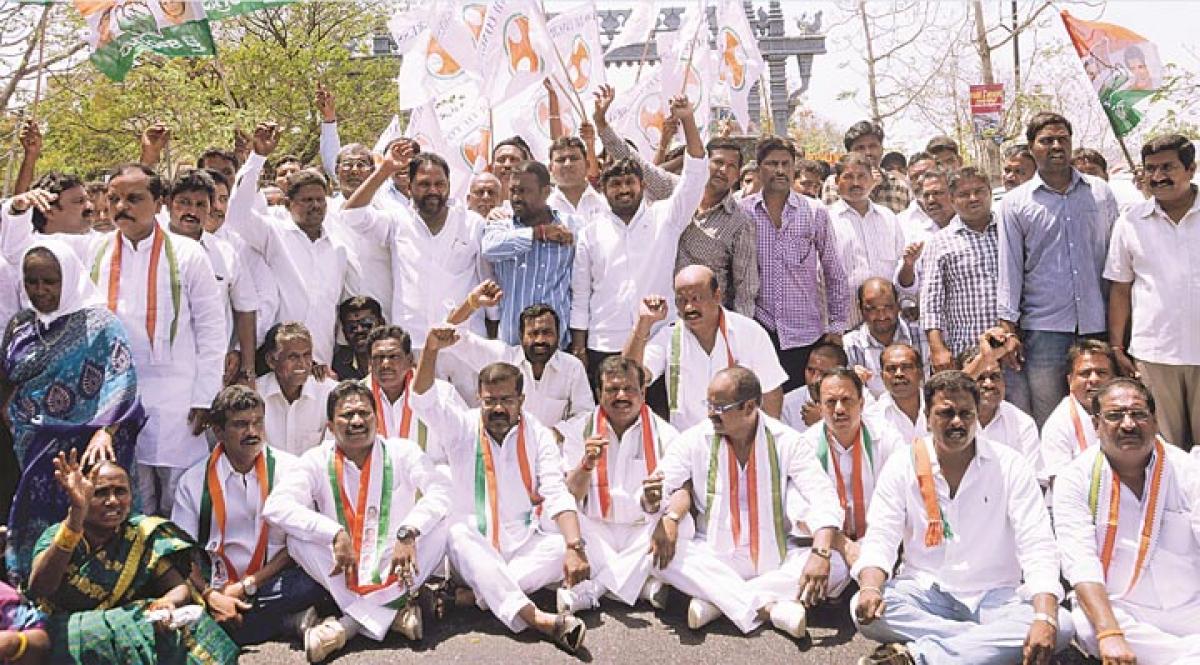 Later, they staged a rasta-roko on Warangal-Karimnagar highway for about one hour. Addressing the gathering, Rajender Reddy, and the party leaders accused the TRS government of failing to launch drought relief measures in the district. Despite the seriousness of drought, the government failed to review the situation and to discuss the measures needed to address it.

Due to government’s negligence people in rural areas were migrating seeking livelihood. The State and Central governments have been diluting MNREGS. Even though the MNREG Act stipulates that workers should be paid wages within 15 days of execution of works, nearly 12 lakh workers waiting for wages for the past two months.

Rs 312 crore wage dues pending to be paid in a state to MNREG workers and the government failed to act despite Governor’s warning to release the pending wages under MNREGS. The government claims of providing 150 days of work but in reality even 50 days of work could not be provided, Rajender Reddy said.

As the public was suffering due to extreme drought conditions, lack of income and unemployment the TRS leadership oblivious of their plight was engaged in mean politics and focusing on Palace by-election. At least now the government should keep aside its political interests and respond to the problems of people in rural parts and launch drought relief measures across the state on the massive scale, the Congress leaders who addressed the gathering demanded.