GHMC to pull down hoardings, unipoles 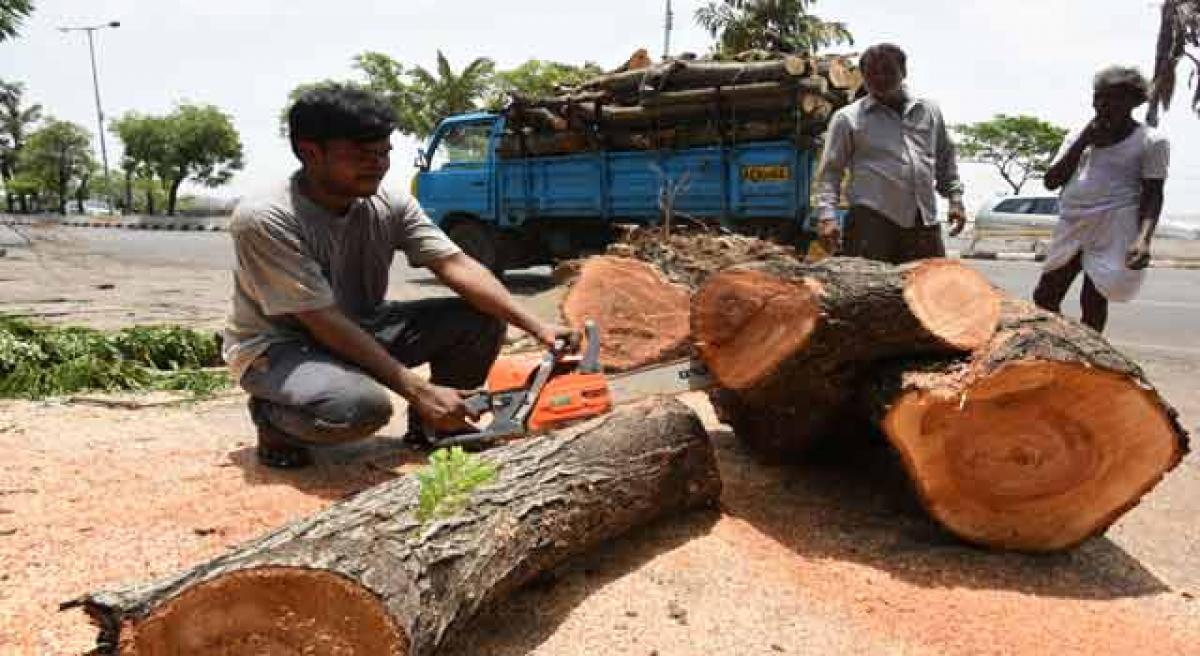 To avoid havoc during heavy winds and rainfall, the Greater Hyderabad Municipal Corporation (GHMC) has issued notices to advertising agencies to pull down 2,700 hoardings including unipoles in and around the city within ten days or face action.

​Hyderabad: To avoid havoc during heavy winds and rainfall, the Greater Hyderabad Municipal Corporation (GHMC) has issued notices to advertising agencies to pull down 2,700 hoardings including unipoles in and around the city within ten days or face action.

This decision was taken in the wake of the large scale devastation that was witnessed when the hoardings and a unipole collapsed on Friday’s gale damaging several cars and other properties.

Speaking to the media, GHMC mayor Bonthu Rammohan said he had asked the advertising agencies to constitute zone-wise committees, which include structural engineers and other experts from JNTU-H and Osmania University to conduct extensive study on hoardings in various cities and come up with recommendations on putting up hoardings in such a manner that they do not pose any threat to the life and property in case of such disasters.

He asked the GHMC to provide two emergency teams for each zone. GHMC commissioner B Janardhan Reddy instructed the officials to remove hoardings and unipoles which are above 15 years old on priority. He asked advertisement agencies to strengthen the hoardings in such a manner that they can withstand even winds at 150 kilometres per hour speed.

The commissioner also warned the agencies that the GHMC would not tolerate the irregularities and legal action would be initiated against the agencies for non compliance.

Meanwhile, a senior GHMC official told The Hans India that the advertising agencies should set up hoardings only after receiving structural engineers’ certification. Currently, there are five structural engineers in the GHMC. Of them, three have been deputed to other works pertaining to the town planning wing.