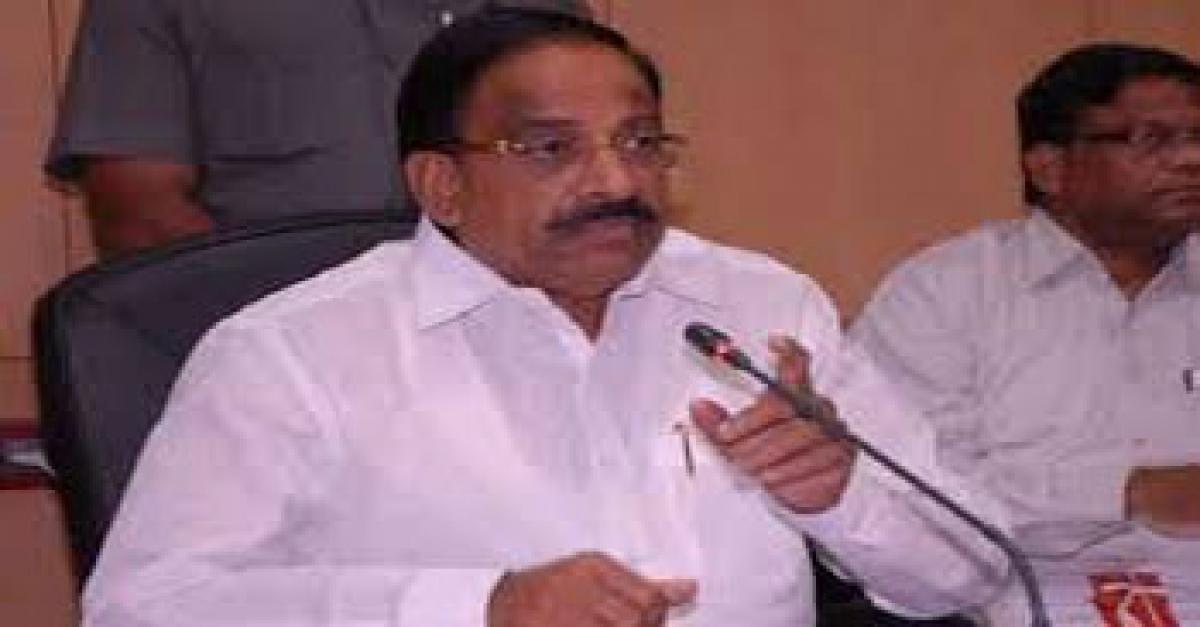 Roads & Buildings Minister Tummala Nageshwar Rao directed the officials concerned to expedite the works related to integrated Collectorate buildings, MLAs’ camp offices in the districts and Assembly constituencies by the end of December this year.

Hyderabad: Roads & Buildings Minister Tummala Nageshwar Rao directed the officials concerned to expedite the works related to integrated Collectorate buildings, MLAs’ camp offices in the districts and Assembly constituencies by the end of December this year.

The Minister held a high-level review meeting here on Tuesday and recommended shifting of majority of Anganwadi centres to nearby primary schools by June this year by taking necessary steps. He said proposals were ready with allocation of Rs 1,032 crore for integrated Collectorates and other buildings in the districts and Rs 119 crore for MLAs’ offices in Assembly segments.

Directing the officials to recruit teachers and helpers for these centres, the Minister asked them to coordinate and fill vacancies at the earliest at SC and ST localities. “Each Anganwadi centre with all facilities should have at least 20 students and five pregnant women,” he said. The officials also should take every step to shift Anganwadi centres to the schools.

The officials also should focus on bringing funds from Delhi through Central-sponsored schemes. He said taking a cue from the Chief Minister’s directive, works of these buildings should be expedited in order to provide better governance to the people.The officials should speed up related works in coordination with other departments, Nageshwar Rao said. He also discussed the construction of Anganwadi centres and provision of nutritious food to pregnant women and children.