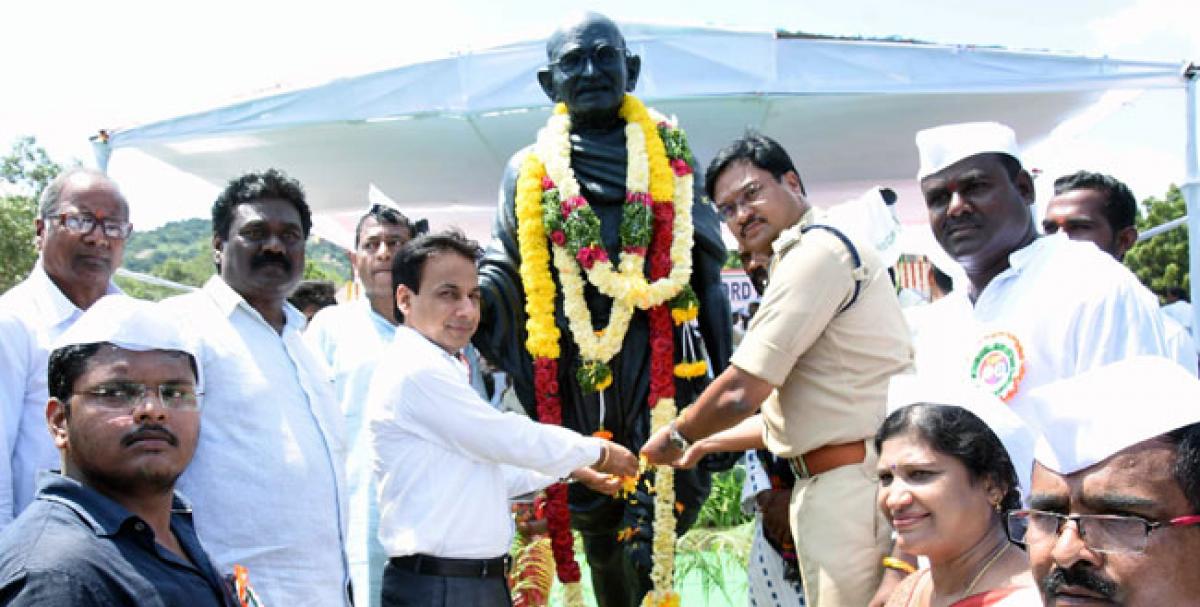 Nalgonda/Suryapet/Yadadri-Bhongir: The 50th birth anniversary of Mahatma Gandhi was celebrated on a grand scale in erstwhile Nalgonda district on Tuesday.

Speaking on the occasion, Nalgonda district Collector Gaurav Uppal said the real tribute to Mahatma Gandhi is to follow the path of nonviolence and peace shown by him.

Yadadri- Bhongir district Collector Anitha Ramachndran said Mahatma dedicated his life to the people and the country. He used the truth and nonviolence as weapons to liberate the country from the hold of British.

Suryapet Collector K Surendra Mohan said Mahatma Gandhi was a great freedom fighter, who lead the movement with non-voilence. He urged the youth to take Mahatma Gandhi as an inspiration and follow his path of peace.

Officials of Gudur toll plaza located on Hyderabad- Warangal highway in Bibinagar mandal in Yadadri- Bhongir district organized blood donation camp on the occasion of Gandhi Jayanthi. As many as 50 enthusiastic persons donated the blood during the event.