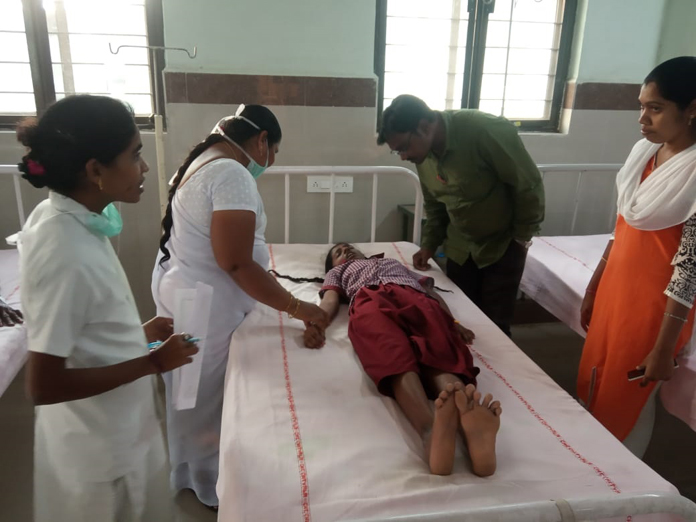 Bhupalpally: As many as 16 students of TS Social Welfare Residential Girls’ High School at Chityal in Jayashankar-Bhupalpally district displayed symptoms of food poisoning after taking breakfast served in their hostel.

The students who were down with vomiting and diarrhoea were rushed to the government hospital in Chityal. It’s learnt that the khichdi served in the breakfast could be the reason for the food poisoning. It may be recalled here that 54 students from the same school had fallen sick due to food poisoning recently.

While 14 of the total 16 students were already discharged, Pralaya of Class X and Chaya Devi of Class V are still in the hospital. Later in the day, Pralaya was admitted to the MGM hospital in Warangal after her condition was deteriorated.

Parents’ committee members Sampath and Chandu demanded action against the school principal for the incident. They also found fault with him for not intimating the parents about the incident.