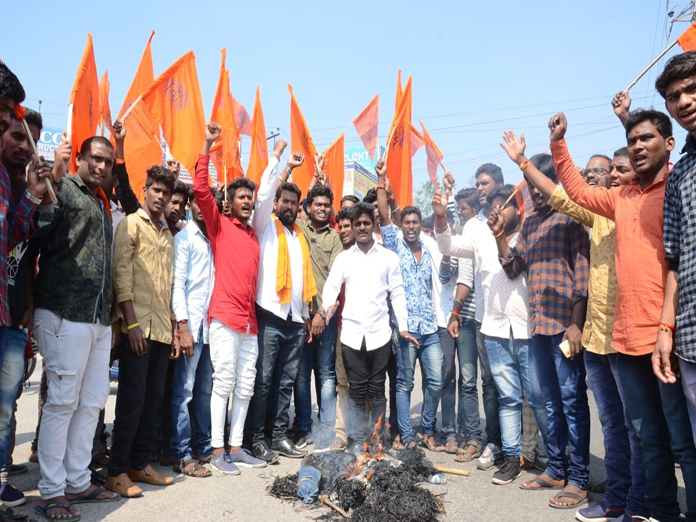 Nalgonda: Activists of the right wing organisations have staged a protest demonstrations against Valentine’s Day in Miryalaguda and Nalgonda on Thursday.

Activists of Akhil Bharatiya Vidyarthi Parishad conducted a protest rally in Miryalaguda town and warned lovers of going together to restaurants, theaters and parks. Similarly, the activists of Bajrang Dal along with ABVP students raided the Sitara Hotel and tore flexes and damaged the decoration made on the occasion of Valentine’s Day.

The town police arrested several activists of both ABVP and Bajrang Dal who participated in rallies and involved in the vandalism at Sitara hotel. Meanwhile, members of Chatrapathi Yavasena have burnt effigy of Valentine at Clock Tower centre in Nalgonda.

They raised slogans against western culture and informed that there was no room for western culture in the land of Vedas. They urged the youth to follow Indian traditions and cultures which have ethics and morals.