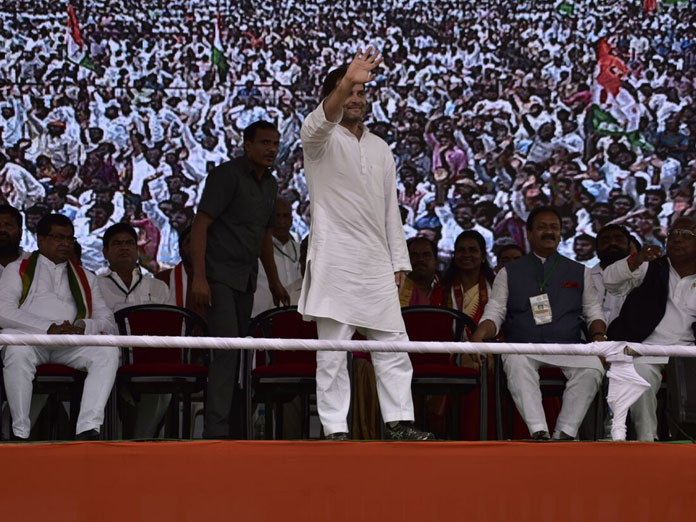 Hyderabad: Congress president Rahul Gandhi will kick-start his party campaign for general election on March 9 with a public meeting on minimum income guarantee scheme. The AICC president will explain the modalities of the scheme at the public meeting to be held at Pahadi Sharif in Chevella Parliamentary Constituency. A rally would be held as part of the programme on that day.

The AICC communicated the programme schedule of Rahul to the PCC on Tuesday morning and the PCC leaders and party affairs in-charge met at Gandhi Bhavan to discuss the arrangements.Later, they went to Maheswaram and Rajendranagar areas to select a suitable ground for the public meeting and finalised the area near Pahadi Sharif. The ground can accommodate two lakh audience.

Party leaders said that booth-level workers of the Congress would be gathered for the programme. Each booth committee comprises 13 workers and there were about 33,000 polling booths. They said that at least two lakh party workers would participate in the meeting. The Congress has won two Lok Sabha seats in the 2014 elections. Now the party aims to win at least eight to nine seats. The party depends more on Rahul for the campaign.