With Nari Shakti, women ready to plunge into politics 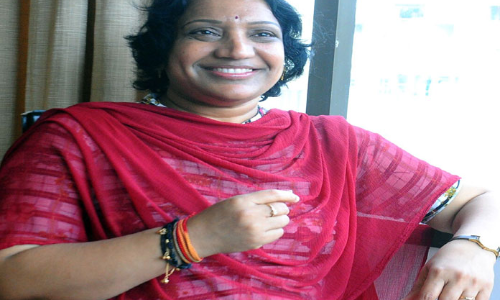 Most of women in the society are deprived of their rights and only with political power women can sustain in society and lead a peaceful and happy life With this ideology, an NRI, Kavuri Lavanya, native of Andhra Pradesh, has launched a national political party Nari Shakti with the motto Women Empowerment by Women Power with her as the national convener of the party

Most of women in the society are deprived of their rights and only with political power women can sustain in society and lead a peaceful and happy life. With this ideology, an NRI, Kavuri Lavanya, native of Andhra Pradesh, has launched a national political party 'Nari Shakti' with the motto ‘Women Empowerment by Women Power’ with her as the national convener of the party.

While working for various top MNC companies in Europe she observed that women are subjected to exploitation across the world. Hence, she decided to establish a political party for the identity, justice, equality, and empowerment of women through politics. She strongly believes in change in legislature, executive and judiciary for the survival of woman as judiciary is the one which controls legislature and executive.

Lavanya is an MBA finance management graduate hailing from a small village near Jangareddygudem. She relocated to Germany in 2000 and finally settled in England in 2011.
Speaking to the Womenia, Lavanya said that while working at various places in Europe she observed that women were always treated low in the male-dominated world. The situation in India is still worse and to overcome it women need to have power. She wanted to launch a common platform to achieve power with like-minded people who work for women empowerment and for their welfare.

She opined, “Politics is a common platform, and with the power, we can bring a drastic change in the scenario women are facing. Women should be in active politics and they should not be treated and restricted to be merely vote bank. Extending welfare schemes and offering money is insulting them. Instead, they should be educated of their rights and politics to build a better society.”She said that ‘Nari Shakti’, the proposed political party was registered at Hyderabad and on Sunday they would launch its State office in Vijayawada.

She said that the party would contest from a few places in AP as the 2019 elections were not the main criteria. However, the party would come in a big way in 2024 elections. The party would allocate seats 70 per cent to women and the rest 30 per cent for men. She said through various programmes, with the help of technology and social media they would try to reach every common woman at nook and corner in the state. Any active person is welcome to join the party who are really willing to change the society, she said.

“The manifesto would be revealed shortly which concentrate more on health sector, women education, bring change in the system for the welfare of people. People should depend on a bureaucratic system, not political system. The manifesto would also include demand for proper accounting to taxpayers’ amount, strengthen the government schools, provide government jobs in the transport sector, service and health sector. For the convenience of people,a web site will also be launched shortly,” she said.

Referring to her activities, she said, "Since 2012, I worked for voluntary service organisations, flood relief donation camps, blood donation camps, half marathons and others. I observed that women are dependent and submissive and don’t raise their voice against exploitation due to fear of job. Sexual exploitation, domestic abuse has become common and to get security women are always submissive.’

“I strongly feel that if women are not a part of key decision-making they can never progress. Only to some extent women empowerment is in progress and beyond that, it is controlled by men. So, women empowerment is possible only when women are in politics and then onlythey can find a solution for their own problems. Women calibre and talent should be used as women can do much better than men.

They think differently and act differently. The feminine inside them will not allow crude politics,” she averred.She lamented that no political party in the country has given 33 per cent reservation to women till date after independence, she said.