Protection from the footmark of an elephant 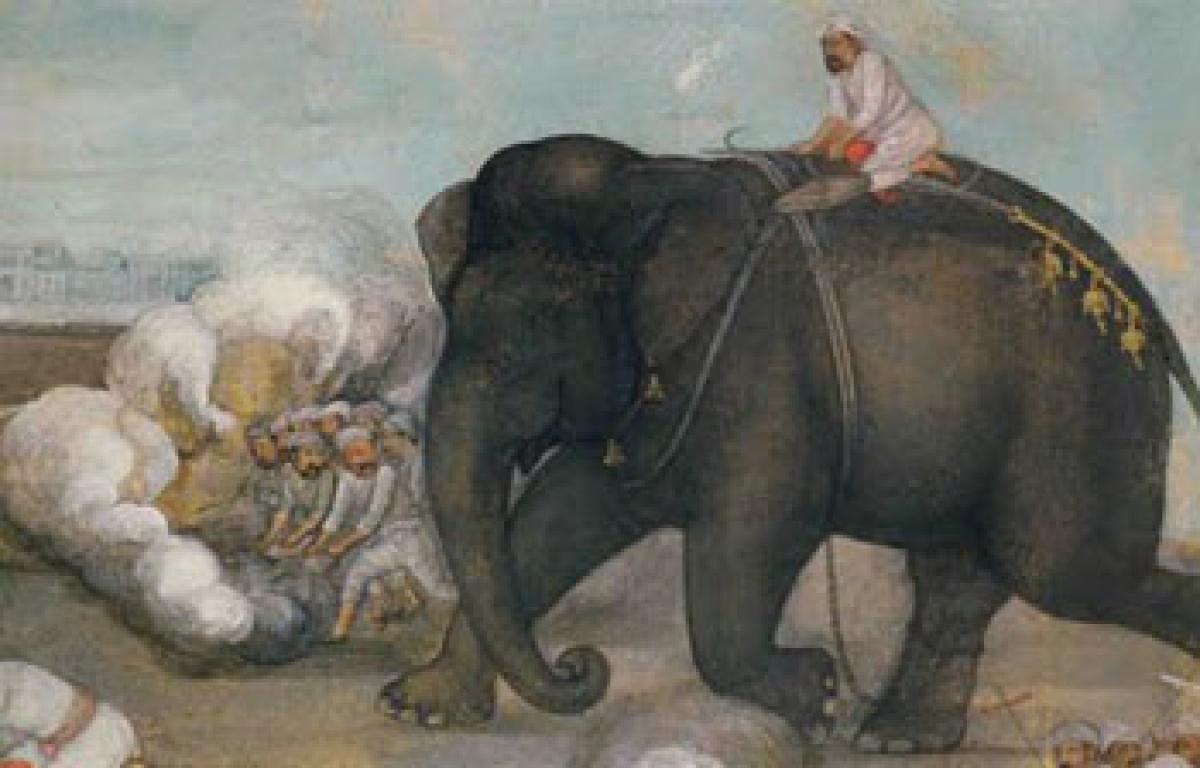 Once, Emperor Akbar had a serious tiff with Birbal over some issue. He removed Birbal from the post of Deewan and appointed his wife’s brother...

Once, Emperor Akbar had a serious tiff with Birbal over some issue. He removed Birbal from the post of Deewan and appointed his wife’s brother in Birbal's place. Birbal started living in a nearby village, while hiding his identity.

The first day passed, the new Deewan could not get any food, the second day also passed without any food. He was starving by the third day and had grown really very weak. The fourth day, he somehow dragged himself to the Emperor and said, "Look Jahanpanah, I did protect the elephant's footmark as per your instructions."

The Emperor could see clearly that his new deewan lacked innovativeness and was not as able or quick witted as Birbal. So, he found a way to get him back. He announced that all the Zameendars of the nearby villages should come to him with their wells, or else they would have to pay a fine of Rs. 10,000 each. All the Zameendars were astonished to hear this strange order and wondered that how they could make an inanimate thing like a well move and go with them to the Emperor’s court.

The Emperor’s order was also heard in the village in which Birbal lived. Birbal thought of a plan and told the Zameendar of his village to act according to it. The Zameendar went to meet the Emperor along with some other villagers, but did not enter his capital.

They stayed outside the city and sent a messenger to the king, "Huzoor, as per your orders we are here with our wells, now you send your wells to welcome them." When Akbar heard this, he understood that it could be only Birbal’s brainchild. He promptly sent his people to find and bring Birbal back. When Birbal arrived in the court, the Emperor warmly welcomed Birbal and reinstated him as his Deewan.

People requested him not to do so and offered him money to not demolish their houses. They also promised to protect the footmark of the elephant day and night. Within no time, Birbal managed to collect Rs. 1 Lakh. He deposited that money in the royal treasury and told the king that the work is done and Rs. 100,000 had been deposited in his treasury.

The Emperor then called his brother-in-law and told him, "You were hungry for three days and gained nothing, but Birbal managed to protect the footmark as well as earn a lakh of rupees in one day only." The brother-in-law accepted the fact that Birbal was indeed the worthiest candidate for the post of the Deewan. Moral: Thinking creatively and motivating others to accomplish your goal can help you succeed, even if the task seems impossible.