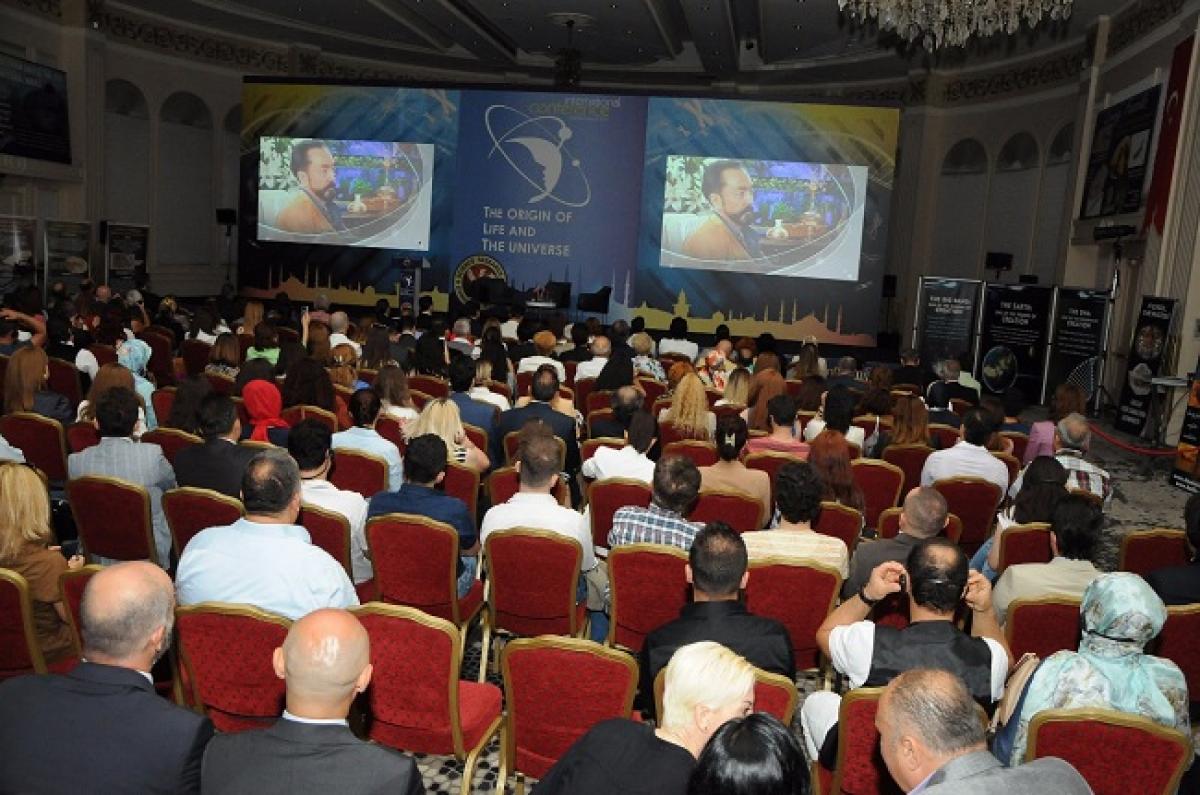 TBAV (Technics & Science Research Foundation) under the auspices of the Honorary Chairman Mr. Adnan Oktar (aka Harun Yahya) brought together world-famous scientists in this important event, where the latest scientific developments were discussed.

TBAV (Technics & Science Research Foundation) under the auspices of the Honorary Chairman Mr. Adnan Oktar (aka Harun Yahya) brought together world-famous scientists in this important event, where the latest scientific developments were discussed.

International Conference on the Origin of Life and the Universe is a social responsibility project initiated by the Technics & Science Research Foundation.

Our guests renowned worldwide with their scientific studies who came from the US to attend our conference are:

Biochemist Dr. Rana writes and speaks extensively about evidence for creation emerging from biochemistry, genetics, human origins, and synthetic biology. He addresses science-faith hot topics through books - including Creating Life in the Lab and The Cell's Design - as well as articles, videos, podcasts, television and radio interviews and speaking engagements. He has addressed audiences at over 500 universities, churches, and conferences around the world.

Dr. Roberts holds a BS in chemistry at the University of Tulsa, a PhD in molecular and cell biology from the University of Pennsylvania. From 1997 to 2001, she conducted postdoctoral research in viral pathogenesis and “proof-of-concept” vaccine studies in Dr. John Rose’s lab at Yale University. From 2006 to 2013, she served as an assistant professor of graduate education for the University of Virginia’s microbiology faculty and directed the Biomedical Sciences Graduate Program in Microbiology, Immunology, and Infectious Diseases. From 2013 to 2015, she was a visiting fellow with the Rivendell Institute at Yale.

Astrophysicist Jeff Zweerink writes and speaks on the compatibility of faith and science and on evidence for creation from a multiverse theory, dark energy and dark matter, and exoplanets. His speaking engagements take him to universities, churches, and other venues around the world, including high schools and youth groups.

Prior to joining RTB, Jeff Zweerink spent much time working on the STACEE and VERITAS gamma-ray telescopes and was involved in research projects such as the Solar Two Project and the Whipple Collaboration. He still holds a part-time position at UCLA and is working on GAPS, a balloon experiment seeking to detect dark matter. Jeff Zweerink is coauthor on more than 30 papers published in peer-reviewed journals, such as Astrophysical Journal, and Astroparticle Physics, and Astrobiology, as well as numerous conference proceedings.

once again proved that genetics, biology, paleontology, physics, chemistry and astrophysics all answer the question ‘How did life begin?’ with ‘Creation’.
hosted leading academicians from the science world -all experts in their respective areas with many academic studies.

Some of the topics discussed during the conference were as follows:

- The true origin of man

- Origins and creation of the universe

- Fossils: The conclusive evidence of the history of life

In addition to luminaries from the world of science, Turkish and international academicians, leaders of NGO's, opinion leaders, journalists and politicians were also in the attendance.

The conference ended on a positive note, with mutual congratulations and hopes that cooperation among the participants will yield further conferences and the betterment of scientific understanding to advance both science and humanity.

Website for the International Conference on The Origin of Life and the Universe may be accessed at the following link: http://www.theoriginoflife.net