If you want to kill I-League, do it in style, clubs lash out after telecast row 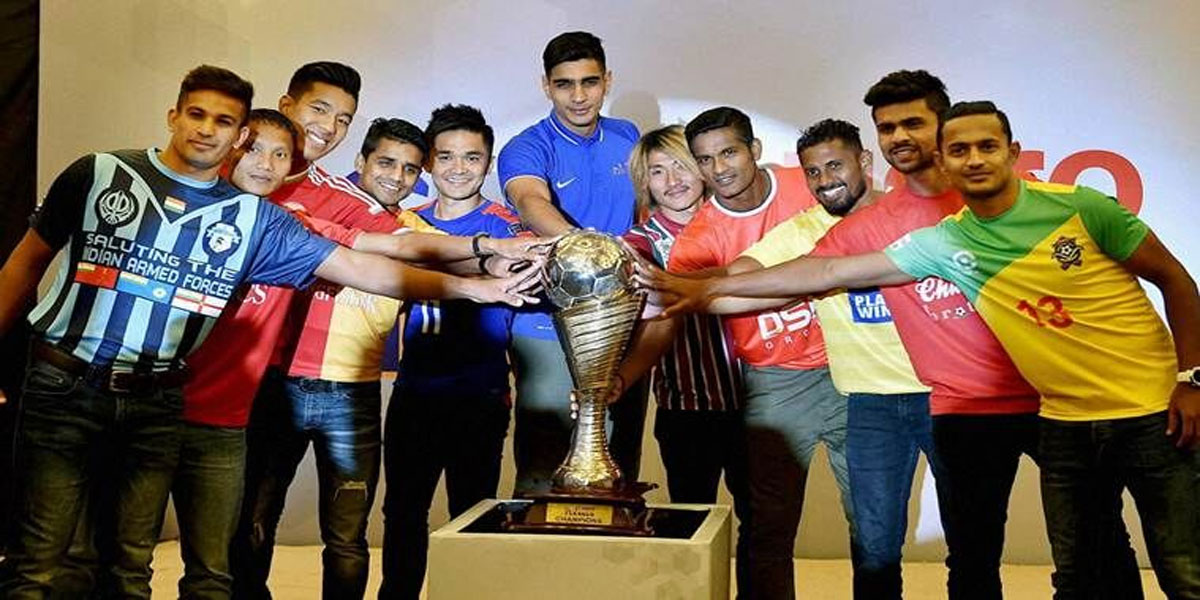 The move to telecast live only select 30 matches in the second half of ILeague has attracted widespread condemnation from club owners, who said a concerted effort is on to kill the league

New Delhi: The move to telecast live only select 30 matches in the second half of I-League has attracted widespread condemnation from club owners, who said a "concerted effort is on to kill" the league.

The decision means that the number of games of the ongoing I-League to be broadcast live now will be 80 out of a total of 110 games. However, before the start of the season, Star Sports said they will telecast live all the 110 matches. A total of 61 matches still remain from December 29 till the end of the league in March. Reigning champions Minerva Punjab FC, Mohun Bagan, East Bengal, Real Kasmir FC and Chennai City FC are some of the clubs to have raised concerns over live coverage of the games. As per the list of games to be telecast live in the second half of the league, Minerva Punjab FC are the worst affected.

While Star Sports is the telecast partners of I-League, the production rights are with FSDL (Football Sports Development Limited), one of the wings of IMG-Reliance, the commercial partners of All India Football Federation (AIFF) and promoter of Indian Super League (ISL). Minerva Punjab owner Ranjit Bajaj was scathing in his attack on the broadcasters and FSDL. "There is a concerted effort to destroy the I-League. The time has come for all of us to protest unitedly and, if needed, approach the court," Bajaj told PTI.

Rohit Ramesh, owner of league leaders Chennai City FC, was also vocal while expressing his disappointment. "My point is if you want to kill the I-League, then kill it in style, instead of doing all this. See if I have nothing against ISL but at least give I-League its due," Ramesh said. A reliable source close to the AIFF claims,"They said verbally that all the matches will be telecast live, but there was no official confirmation, though." People connected to the I-League say it is no secret that the ISL feel threatened by I-League's popularity and the traction it gets. Flavour of the season, Real Kashmir FC, lying second in the peking order after a fine start in only their maiden season in top-flight, hoped the issue will be sorted.

"I hope that all matches will be telecast live as was decided earlier. The organisers, AIFF, have been playing a wonderful role in encouraging all teams of I-League," Real Kashmir FC co-owner Sandeep Chattoo said. "For us at RKFC, our fans back at home have been following the matches on television sets and Internet and I hope their enthusiasm will not be dampened by this decision." Real Kashmir FC are the first club from the valley to play in India's top domestic football league. Chattoo added, "We hope that all people will put their act together and score a goal in ensuring that I-League leaves an indelible mark on the country's football fans."

Even traditional heavyweights Mohun Bagan and East Bengal have came in support of these clubs, saying they should be united in this fight while urging the AIFF to do its best to protect the I-League. Underminig the I-League is not acceptable at any cost, the two giants of Indian club football said, whose face-offs attract some of the biggest turnouts. With most of his team's games missing out on live telecast, Bajaj also hit out at the move in a series of tweets. "Today I am feeling so helpless and sad that the top football league of the country has just been killed off by the rich guys. "Point is, why bid if you are not going to telecast matches? This is nothing but a cheap tactic to kill I league. Why don't all I league clubs combine and protest or boycott the league? I'm furious. "We have more combined attendances than ISL even though we start our matches at 2 pm," the Minerva Punjab owner tweeted.