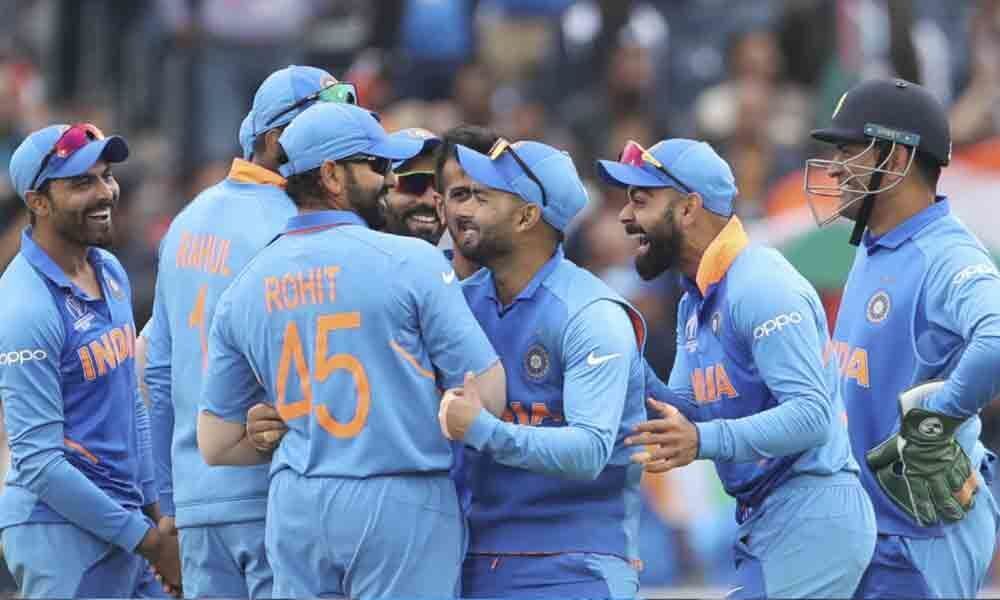 India skipper Virat Kohli has always been very vocal about the need to manage the workload of the players when it comes to getting the best out of them.

"The GPS trackers that we have been wearing has helped track the workload of the players and that has actually helped the physio and trainer to convince the guys when they must rest as staying fresh for the game is of paramount importance," Kohli revealed.

The skipper said that with post game travel days dominating the schedule, it has been important to listen to the body so that the players can stay 100 per cent for the matches, rather than wasting energy at training sessions.

"Well, again, this turnaround was very fast after the last game, a day of travel, today one practice day, so guys, depending on the workloads which is provided by our trainers and physios, we understand which player needs to take a break from practice because having played so many games, you don't necessarily need to go hit balls again because you have practiced so much and you have played in the middle as well.

"Same for the bowlers. I mean, it is about staying fresh now, mentally understanding that your body feels good and the mental cushioning that you have been knowing that you can put in all your energy on game day is very crucial.

"I think adjusting, according to your schedule in terms of taking off from practice and managing rest days, is the most crucial thing and that is something we have done well and that is why our energy levels have been able to stay right up there. Guys not coming for optional practices and stuff has really helped because you can easily come to practice and exert yourself and not recover in time.

"Those things are very crucial especially when you are on the road so much in between games as well and I think we have managed it well so far," he explained.

Going into the Indian Premier League ahead of the World Cup, Kohli had spoken about the need to manage the workload of the players and in fact, the physios of all the eight franchises were in constant touch with the Indian team physio Patrick Farhart and trainer Shankar Basu.

"We have been communicating on the phone and email and there has been a lot of communication regarding Mohammed Shami and also K.L. Rahul.

"A lot of it has been about managing their recovery, to make sure that they have recovered well after each game. That has been the emphasis when it comes to them doing their prehab and rehab as well as them getting their massages done," KXIP physio Brett Harrop had told IANS.

Clearly the ploy has worked as India are now two steps away from lifting the coveted trophy.