Haven't yet allowed myself to think about lifting trophy: Morgan 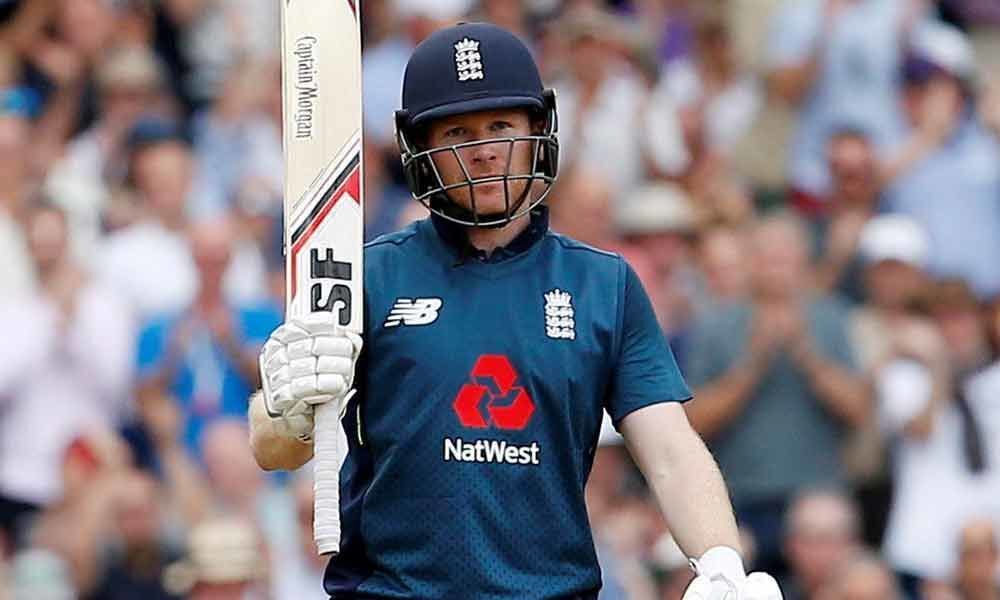 Sport, by nature, is fickle and that's why England captain Eoin Morgan is not taking the liberty of imagining himself with the World Cup at the Lord's balcony on Sunday.

London: Sport, by nature, is fickle and that's why England captain Eoin Morgan is not taking the liberty of imagining himself with the World Cup at the Lord's balcony on Sunday. England are in a World Cup final after 27 years and suddenly a country, which was losing interest in the sport, are waiting with bated breath for a global trophy. New Zealand stand in their way. "I haven't allowed myself to think about lifting the trophy.

Cricket and sport, in particular, is very fickle. If you ever get ahead, it always seems to bite you in the backside," a pragmatic Morgan said on the eve of their summit clash with the Black Caps at the 'Home of Cricket'. A title triumph would be a memory that can fire the imagination of youngsters in the days to come. "I think quite iconic in certainly young kids' memory if they are watching it at home and we manage to lift the trophy, it would be awesome," the skipper hoped. England undoubtedly have been the best ODI team since the 2015 World Cup and Morgan is the first one to admit that it is a culmination of hard work.

"It means a huge amount to me and everybody in the changing room. It's a culmination of four years of hard work, dedication, a lot of planning and it presents a huge opportunity to go on and try and win a World Cup," said the Irishman, who has represented England in three World Cups. Morgan is happy with the kind of support that the team has received. "I think for everybody around the country, the support we've had throughout has been unquestionable and that as a team you know, it makes you feel extremely lucky to be part of a team that has that sort of support." After the entire tournament was telecast on Sky Sports, a paid DTH service and inaccessible in most UK homes, the final will be shown on a free to air channel. "I think it presents another opportunity for both teams and the ICC to sell the game on a huge platform, two very strong sides, hopefully, produce a really good game of cricket," Morgan said.

"It's on terrestrial television around the country and obviously various outlets online. It presents a huge opportunity for us to sell this great game," he sounded excited. What does it mean that so many people would be able to watch them live apart from those present at the Lord's? "I think it is important, regardless of if it's terrestrial or what outlet, that whoever the target audience is and certainly for us or the ICC it should be young kids, if that is online, doing it online. "Getting hopefully more exposure to the players and more insight into what cricket is about and what principles and, I suppose, disciplines it brings to young people being involved in it," he gave his insight.

The final is not just about the 11 players on the field but also about those who are sitting out and the millions rooting for them. "I think the two guys that haven't played a part have been brilliant for us. We always talk about the squad. We never talk about the final 11. "The final 11 is extremely difficult to get into. So having that responsibility of going out and doing what you do, is more important," the skipper explained. A day before the final, Morgan spoke about the kind of influence close friend and former New Zealand captain, Brendon McCullum, has had on his game. "I think he has had quite a bit to do with it. You could say about world cricket. We are close mates and he's taught me a lot about leadership," he said. New Zealand of 2015 is the England of 2019, felt Morgan.

"I think in 2015 the way that New Zealand played, very similar to the way they are playing at the moment." Creating their own brand of cricket made New Zealand special, a leaf that Morgan took out of McCullum's book. "New Zealand proved to everybody that you can perform at the highest level and get to the top by being yourselves and not trying to be somebody else, or a different team, or be somebody that is a bit of a novelty for everybody else, so that's quite cool," he said.