I made error but won't regret decision, says Dharamsena 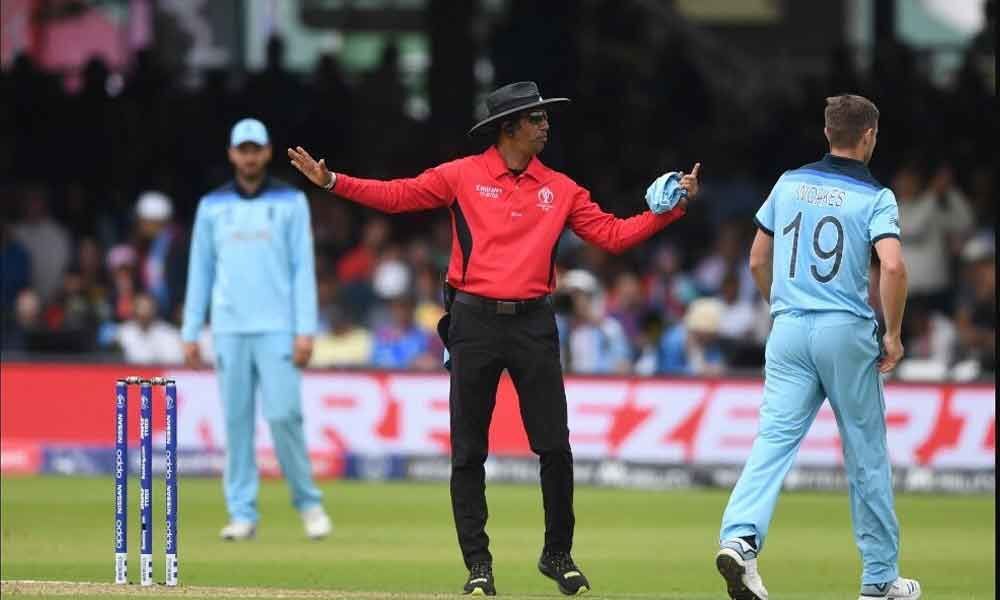 It indeed was a judgement error to award six runs to England from an overthrow in the World Cup final admitted umpire Kumar Dharmasena but the Sri Lankan will never “regret’ the decision.

Colombo : It indeed was a judgement error to award six runs to England from an overthrow in the World Cup final admitted umpire Kumar Dharmasena but the Sri Lankan will never "regret' the decision.

Dharamsena had signalled to add six runs to England's total, instead of five, when Martin Guptill's throw from the deep raced to the boundary ropes after being deflected of a diving ben Stokes' bat.

The match was stretched to a Super Over which also remained inconclusive and eventually hosts England were declared champions on better boundary count, leaving New Zealand players in disbelief.

"It's easy for people to comment after seeing TV replays," Dharmasena told Sunday Times. "I agree that there was a judgment error when I see it on TV replays now.

The TV replays showed that Adil Rashid and Stokes had not completed the second run when Guptill released the ball from the deep.

Dharmasena, who was standing as head umpire, consulted leg umpire Marais Erasmus and added six runs to the England total following the incident -- four runs for the ball reaching the boundary plus two for running between the wicket.

England needed nine from the final three balls. This changed to three off two balls. The 48-year-old added that according to the law, there was no provision to consult the third umpire on the incident.

"There is no provision in the law to refer this to the third umpire as no dismissal was involved." he said. "

So, I did consult the leg umpire through the communication system which is heard by all other umpires and the match referee. And, while they cannot check TV replays, they all confirmed that the batsmen have completed the run. This is when I made my decision."

Law 19.8 of the ICC rules, pertaining to 'Overthrow or wilful act of fielder', states: "If the boundary results from an overthrow or from the wilful act of a fielder, the runs scored shall be any runs for penalties awarded to either side, and the allowance for the boundary, and the runs completed by the batsmen, together with the run in progress if they had already crossed at the instant of the throw or act."

"In this case, we were all happy that the batsmen had completed the second run because the ball ricocheted off Stokes's bat at the time of him completing the second run.

So, we assumed that they had crossed each other at the time of fielder releasing the ball," Dharmasena said.