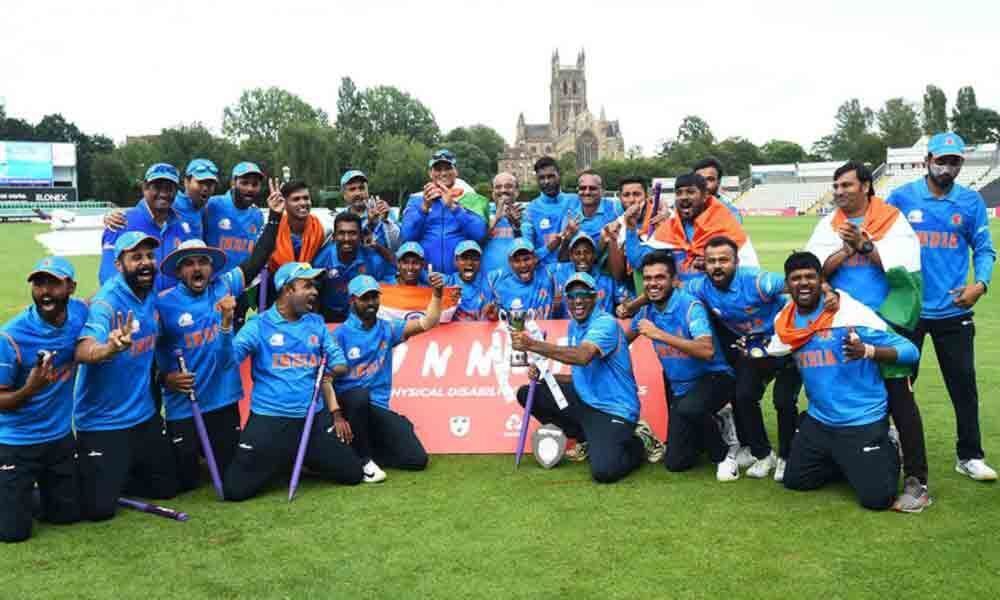 Opting to bat first, India posted 180 for 7 in their allotted 20 overs in the summit clash which was played at Blackfinch in England on Tuesday. Middle-order batsman R G Sante top-scored with a quick-fire 53 off 34 balls. He hit two fours and four sixes. Opener K D Phanase (36), Vikrant Keni (29) and S Mahendran (33) also chipped in with valuable contributions. India then returned to restrict England to 144 for 9 to lay claim to the Trophy. Phanase and S Goyal scalped two wickets each as England lost wickets at regular intervals.

BCCI, which had given recognition to the team but refrained from giving any financial assistance, took to twitter to congratulate the achievement of the team which was coached by former Mumbai coach Sulakshan Kulkarni.