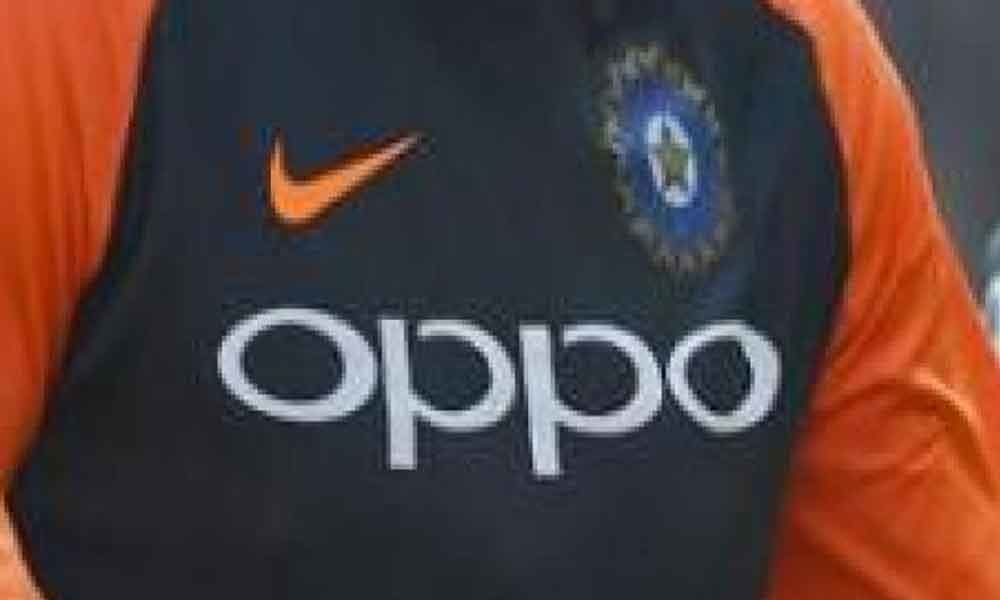 The deal between the BCCI and Oppo, which was inked in 2017 for a five-year period, was reportedly worth Rs 1079 crore.

New Delhi: The Indian cricketers will soon be wearing a new brand name on their official jerseys with Chinese mobile manufacturer Oppo handing over the sponsorship rights to Byju's, a Bengaluru-based educational technology and online tutorial firm.

The deal between the BCCI and Oppo, which was inked in 2017 for a five-year period, was reportedly worth Rs 1079 crore.

Virat Kohli and his men will be wearing the jersey with the new brand name from the upcoming home season, beginning with the assignments against South Africa from September 15.

A Source said that the transfer is a "tripartite agreement" between Oppo, Byju's and the BCCI and will be signed on Thursday.

As per the deal, Oppo was paying BCCI Rs 4.61 crore per bilateral match and Rs 1.56 crore for an ICC event game.

"Any transfer of sponsorship requires the interested parties to inform BCCI about negotiations. Accordingly Byju's and Oppo have informed about their discussion. The BCCI doesn't stand to lose any money as the new company will pay exactly what the old one is paying.

"The BCCI has a clause which allows transfer of sponsorship. Since there is a secrecy clause, the financial dealings can't be spoken about," the official said.

Another official said the transfer could, in fact, translate into more money for the Board.

"The BCCI stands to gain if there is a transfer of sponsorship. The two parties in question will have to pay an extra 10 percent (between them) and also give a notice of six months. They must be negotiating who will carry the burden of those extra 10 per cent," the official said.