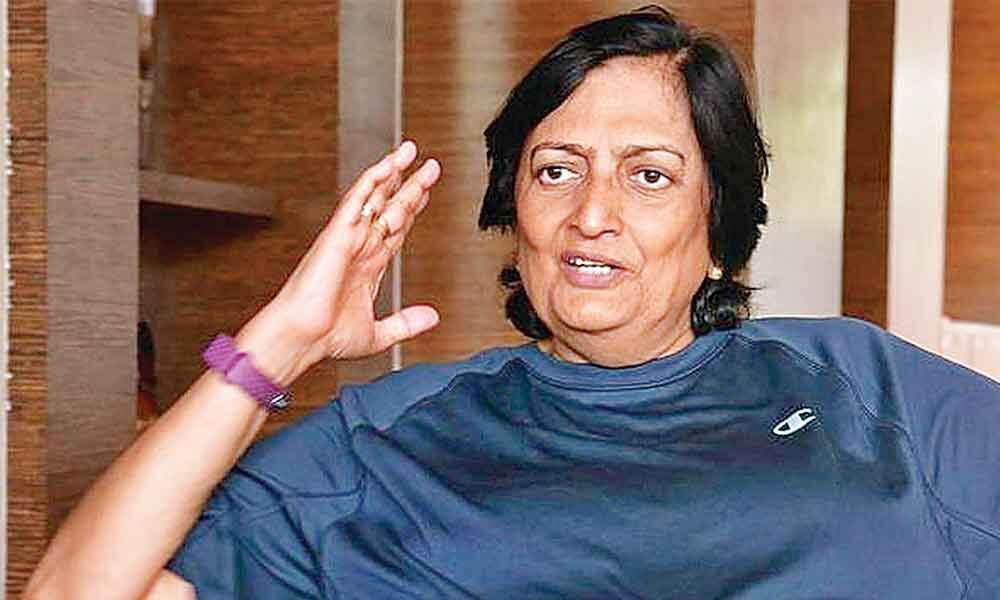 Former India captain Shantha Rangaswamy on Tuesday said that Mithali Raj took the right decision by retiring from T20 Internationals as it will help her focus more on the 2021 ODI World Cup.

Mumbai : Former India captain Shantha Rangaswamy on Tuesday said that Mithali Raj took the right decision by retiring from T20 Internationals as it will help her focus more on the 2021 ODI World Cup.

Besides being the leading run-getter ODIs, Mithali has scored the most number of runs for India in the shortest format.

"See, there was lot of hue and cry about her inclusion or non-inclusion (in the T20 side), but in T20 also she was the first Indian to score 2,000 runs. It is only after that Rohit Sharma and Virat (Kohli) did it.

The point is no one can take-away the fact that she has by far been the greatest batter for India, forget the controversies," 65-year-old Rangaswamy said.

"It is in our system that whoever succeeds, we try to pull them down. In-fact I was waiting for this announcement because we need her for the ODIs and she needs to conserve her energy (as) she is not going any younger.

I think, she should have announced her retirement sometime back but happy that she has taken this decision," added 65-year-old Rangaswamy who played 16 Test matches.

Rangaswamy backed Mithali's decision saying that the shortest format of the game could be energy sapping. "She had problem with her knee, but came out of it because of her fitness regime. I think it is a good decision because T20 can be energy-sapping because it calls for very quick action and things like that.

"So, I think, she has taken the right decision and I am happy and would like to place on record my appreciation of all the services she has rendered even in the T20 format," added the former women's captain.

Congratulatory messages also poured in on the social media with former players Australian Lisa Sthalekar and former India international Anjum Chopra praising the veteran batswoman for her immense contribution to the game.