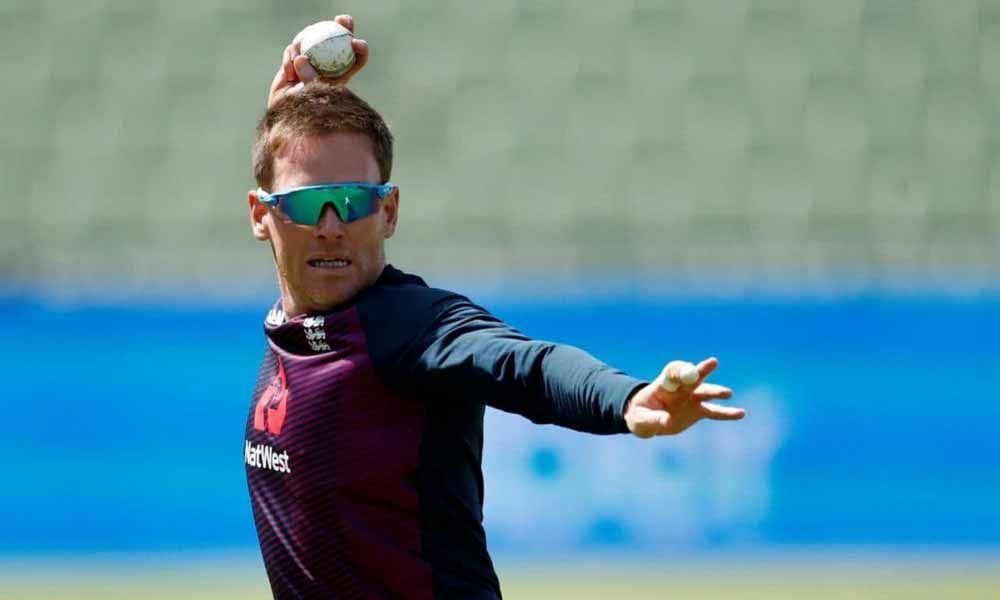 Eoin Morgan has revealed England's humiliating defeat by New Zealand in their last World Cup clash left him "as close to rock-bottom as I've been".

Chester-le-Street: Eoin Morgan has revealed England's humiliating defeat by New Zealand in their last World Cup clash left him "as close to rock-bottom as I've been".

But the England captain said it had also been behind his side's white-ball revival that now sees them on the verge of securing a place in the semi-finals of the World Cup. The winners of Wednesday's match between England and New Zealand at Chester-le-Street are guaranteed a place in the last four, although an England defeat would leave them facing the prospect of elimination were Pakistan to beat Bangladesh on Friday.

A World Cup semi-final seemed a long way off when England were skittled out for just 123 by New Zealand in a group match at Wellington four years ago. The Black Caps overhauled that woeful total in a mere 12.2 overs, winning with a colossal 226 balls to spare en route to an eventual defeat by co-hosts Australia in the final. But the way New Zealand played in that 2015 tournament made a lasting impression on Morgan, then as now England's skipper in 50-over cricket.

"It was as close to rock-bottom as I've been," Morgan said at Chester-le-Street on Tuesday. "Certainly as a captain and as a player, being beaten off the park like that was humiliating. "New Zealand proved a point that you can actually be really good humans and grow the game and play cricket in your own way and win at the same time, which is incredibly eye-opening for a lot of countries around the world. "I thought that rubbed off on everybody in the World Cup." England subsequently climbed to the top of the one-day international rankings on the back of an attacking brand of cricket.

Back-to-back defeats at this World Cup by Sri Lanka and reigning champions Australia saw England lose that number one position but a 31-run win on Sunday over India, the team that replaced them in top spot, saw the tournament hosts get their campaign back on track. Jason Roy, making his return after three games out with a torn hamstring, helped set the tone from the start with a typically brisk 66 as he shared an opening stand of 160 with Jonny Bairstow, who went to make 111 off his own bat. Morgan admitted beforehand that England were taking a calculated risk in recalling Roy but the skipper was far more confident about the Surrey batsman's fitness ahead of Wednesday's clash. "He's good, he's going to be fit for tomorrow's game," said Morgan. "He's in fantastic form, him and Jonny Bairstow at the top of the order.

"In the India game it really did set the tone for our innings on a wicket we feel wasn't that good to bat on." The Dubliner was equally bullish about fast bowler Jofra Archer, England's leading wicket-taker at the tournament, who has been nursing a side strain for several matches. "He's pulled up really well and should be fit to play," said Morgan.