Openers Shaw, Agarwal to debut in ODI against Kiwis 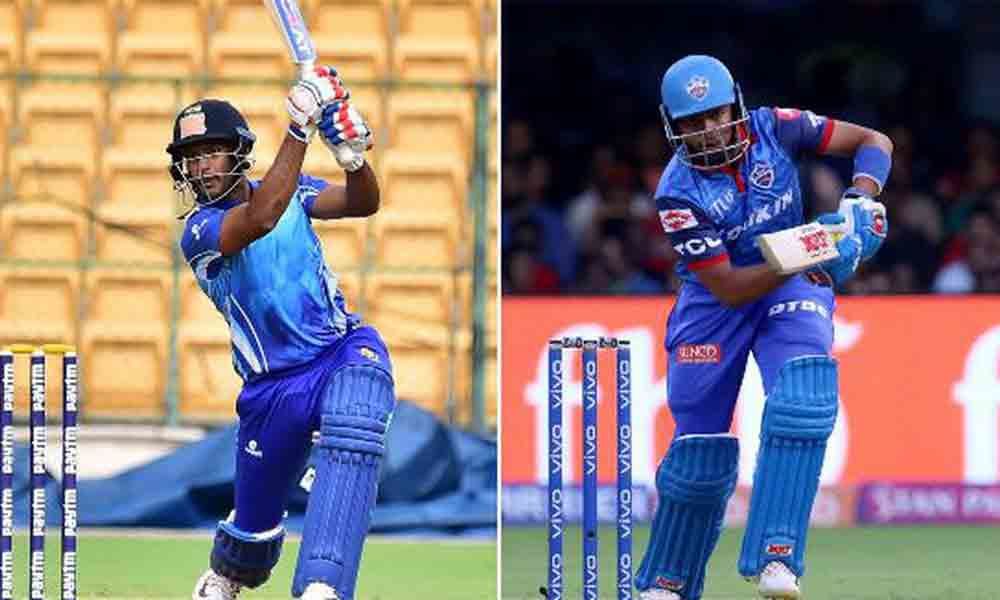 Hamilton : Injuries to key players has opened the door for exciting youngsters such as Prithvi Shaw to make an impression in the Indian line-up against a low-on-confidence and depleted New Zealand in the three-match ODI series starting here on Wednesday.

This is India's third ODI assignment after the World Cup last year, having previously beaten West Indies (away) and Australia (at home). The Black Caps, on the other hand, play their first ODI since that infamous loss at Lord's in the World Cup final against England.

The last time these two sides met in the 50-over format, New Zealand had knocked India out of the World Cup with an 18-run win over two days in the second semi-final at Manchester. India extracted revenge with a 5-0 T20 whitewash that concluded on Sunday.

In the current context, stakes aren't that high as both sides prepare for the T20 World Cup later in Australia this year. In fact, the upcoming two-Test series later this month bears more significance than this ODI clash.

In the ODI series, neither side will be at full strength as a string of first-team players will be missing due to injuries. India were dealt a major blow when Rohit Sharma was ruled out of the remainder of this tour owing to the calf injury he picked up in the final T20I.

For New Zealand, inspirational skipper Kane Williamson has joined the long list of injured along with the likes of Trent Boult.

Mayank Agarwal was named as Rohit's replacement for the ODI series on Tuesday afternoon. And skipper Virat Kohli outlined that they will stick to the strategy adopted against Australia in Rajkot, where KL Rahul kept wickets and batted at number five.

Kohli had more or less confirmed Shaw's ODI debut in that scenario, and now India will probably have two openers debuting. The last time such a situation arose was 2016, when KL Rahul and Karun Nair opened for India on their debuts in Zimbabwe.

Sunil Gavaskar and Sudhir Naik (1974) against England and Parthasarthy Sharma and Dilip Vengsarkar (1976) against New Zealand are the other previous instances. Such a move would set up India's batting line-up with Kohli at number three and Shreyas Iyer at number four.

In the nets on Tuesday, Manish Pandey batted along with Kohli and Iyer, ahead of Shivam Dube, Rishabh Pant and Kedar Jadhav. If Pandey plays, the lower order will be a curious mix with Dube, Jadhav and Ravindra Jadeja vying for the all-rounder's spot.

In the bowling department, three pacers will probably be the norm once again. Kuldeep Yadav, who sat out the entire T20I series, is slated for a comeback given his performance against Australia at home.

New Zealand will have some re-think before finalising their playing eleven too. Tom Latham will lead the side ahead of Tim Southee who was stand-in skipper during the last two T20Is.

In Williamson's absence, they will look towards Ross Taylor for batting leadership. The Black Caps will be rejuvenated though with the inclusion of all-rounder Jimmy Neesham while Colin de Grandhomme returns to the squad as well.

Ish Sodhi is only there for the first ODI and the hosts could opt for a two-spinner attack given the slower surface at Seddon Park. Keeper-batsman Tom Blundell and lanky pacer Kyle Jamieson are the only ones who don't have an ODI cap to their name.