Summer of 83: An identity for some even after 36 years 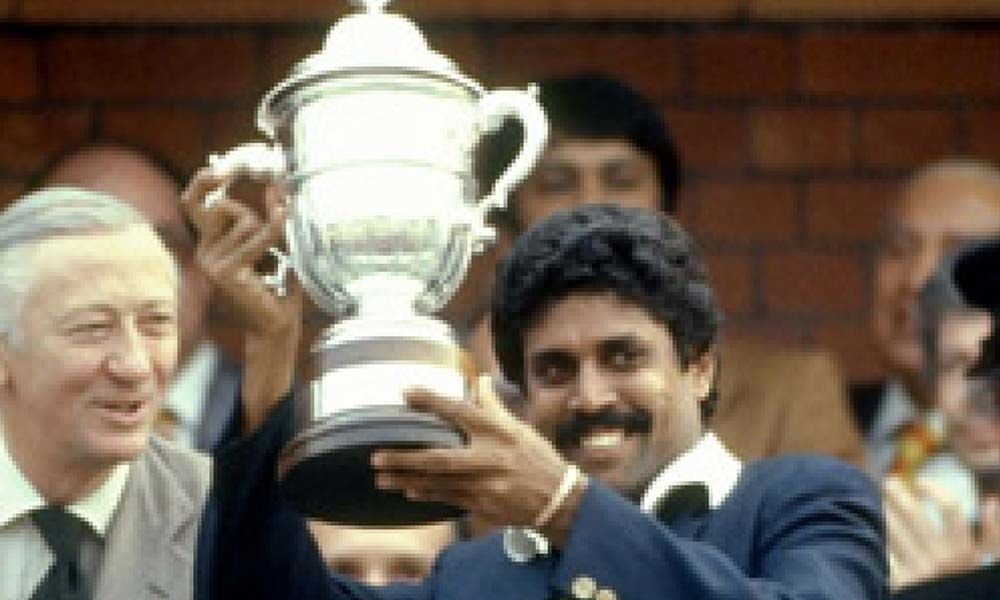 They remember most of the things, may forget a few just like senior citizens tend to but then comes June 25 and they are all back in that Lord's balcony.

Manchester: They remember most of the things, may forget a few just like senior citizens tend to but then comes June 25 and they are all back in that Lord's balcony. They are 'Kapil's Devils', who brought a nation to a standstill on a Saturday night, which remained young forever. Thirty six summers have gone by and Kapil Dev's toothy grin with the Prudential Cup remains the most defining moment in Indian cricket. It refuses to fade away. On TV, one gets to watch it every four years.

On YouTube, one can indulge in repeat telecast in a loop. If that balmy evening in Lord's wouldn't have been there, India can't be sure if it would have had that 'starry starry' April night at Wankhede 28 summers later. A Sunil Gavaskar was needed for a Sachin Tendulkar, without a Kapil Dev, there possibly wouldn't have been a Mahendra Singh Dhoni and Krishnamachari Srikkanth possibly was a mini prototype of a player called Virender Sehwag. A generation took to cricket and made it their passion because of that batch.

Not to forget, the buzz around the current lot which is also looking good for a Lord's fairytale. The industry called Indian cricket exists because of the '83 squad. Kapil recently, in a web show, said he doesn't remember a lot of things that happened during the World Cup, quite possible for a 60-year-old, who has had too many heady achievements in his illustrious career. But certainly not for Madan Lal, who says that it remains in his muscle memory. "How can I forget the biggest achievement of my cricket career? It's in my muscle memory," Lal, who got Vivian Richards' wicket, told PTI.

"You remember so many things. Kapil's knock at Tunbridge Wells, beating West Indies in the first World Cup, Kirti's (Azad) shooter to Ian Botham, getting better of Australia at Chelmsford and then the final," recalled Lal. On a recent show on an OTT platform VIU, Srikkanth recalled how he had planned for an extended honeymoon in the US as they were pretty sure that India won't qualify for the semi-finals. "I was 23, newly married and my wife was only 18. We had got married two months back and were planning a honeymoon in the States. We had in fact booked Air India tickets worth Rs 10,000 from London to New York," Srikkanth said.

The batch of 2011 got Rs two crore each for winning the World Cup from a rich BCCI but the batch of 1983 was not so lucky. "Lata Mangeshkar did a concert for us at the National Stadium and from the proceeds, we were given Rs one lakh each. Trust me, I didn't even have my own house, let alone have a car. I used to have a motorbike at that time playing for India for nine years then," he laughed. But 1983 did give them that identity which they have been able to cash in on. "Yes, today I am an expert on a national channel and it helps.

But yes, our success meant a lot and then the next generation reaped rewards which makes me happy," said Lal, who had also been a former chief coach and selector of the national side. "Malcolm (Marshall) ke saath toh mera ek deal thaa. Woh aa ke hi mujhein ek bouncer deta thaa (I had a deal with Malcom Marshall. He would come and bowl a lethal bouncer)," Yashpal Sharma couldn't stop laughing as he regaled a handful of scribes at the Feroz Shah Kotla during a domestic game. For Sunil Valson, it was an endless wait and he became an eternal eighth standard quiz question: "Who was the cricketer who didn't play a single game during the 1983 World Cup?" No marks for guessing who that was.

"Kapil, Madan and Roger were bowling so well that I knew it was difficult to get a chance. In fact one game against West Indies at the Oval, I could have played but the manner in which Roger sprinted at the fitness test, I could only sit and watch. But no regrets," Valson had recalled in a recent interaction. Just like those family WhatsApp groups, the batch of 83, also has a group although they won't say who the Group Admin is. Everyone sends each other messages and recall that glorious evening. It was their story and they might have grown old but the story remains timeless. It's an epic and now a soon-to-be-released Bollywood movie too.