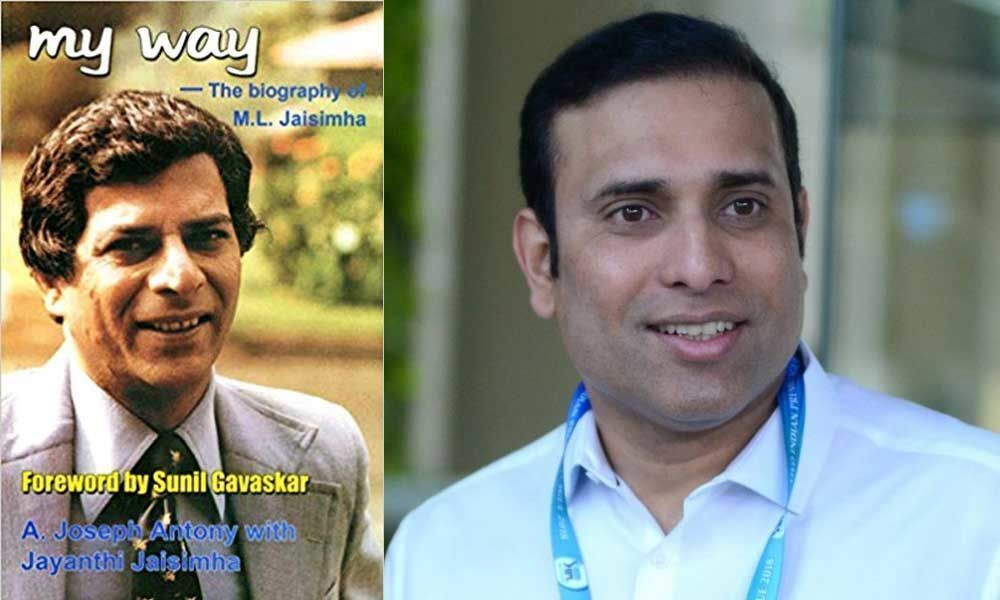 After his 1959 Lord's debut, he became the first cricketer to bat on all five days of a Test against Richie Benaud-led Australia at Calcutta. 'Jai' packed a panache all his own, be it as Test player, South Zone captain, Indian team Manager, national selector, TV commentator or when promoting the Charminar Challenge series, the corporate world's pioneering effort in cricket sponsorship.

His famed acumen found him alone predicting a tie in the 1986 Chennai Test against Australia. The world of cricket (The Times and The Daily Telegraph, London included) mourned, as the dashing Hyderabadi on July 7, 1999 took his last walk to that great pavilion in the sky. (Excerpted from 'My way—the biography of M.L. Jaisimha,' Amazon, Rs. 199)

VVS Laxman tweeted in support of the biography:

Biography of M.L. Jaisimha, hero to Satya Nadella, Sunil Gavaskar and me, now on Amazon https://t.co/2B7Ak6YB6J

Apart from batting on all five days of a Test, Jaisimha is best remembered for his feats in Brisbane. Excluded from the team touring Down Under, he was summoned when an injured B.S. Chandrasekhar had to return home and India's batting floundered. Despite hopping several flights and arriving at the Gabba on the Test's eve, he brought India tantalisingly close to its first overseas victory with knocks of 74 and 101, the visitors falling agonizingly short by just 39 runs !

Jaisimha was made Honorary Life Member of the Marylebone Cricket Club (MCC, England) in 1978.

Secunderabad's most loved sporting son grew up in the lap of luxury at Lakshmi Vihar, Marredpally, a 10-bedroom mansion (later to become SBI's Staff Training College) with a fleet of eight cars adorning its driveway. Post retirement Jaisimha became President of the prestigious Secunderabad Club.

His father M.G. Lakshminarsu, a relative of Mokshagundam Vishweshwaraya, built the Begumpet Airport, the Tungabhadra Dam and commissioned a 5000 KW thermal power plant on the shores of Hussain Sagar.