If I travel with players all the time, we won't get another Sindhu: Gopi 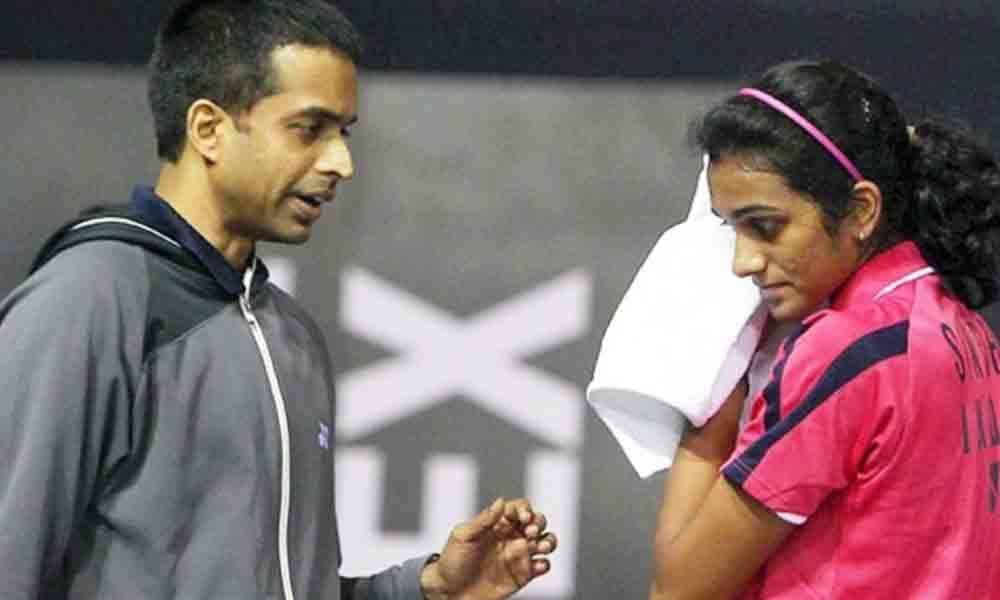 India's top shuttlers have missed his court-side presence this year but national badminton coach Pullela Gopichand says he can't really help cutting down on travelling as that would come in the way of finding the next crop of world-beaters.

New Delhi (PTI): India's top shuttlers have missed his court-side presence this year but national badminton coach Pullela Gopichand says he can't really help cutting down on travelling as that would come in the way of finding the next crop of world-beaters. Gopichand hasn't been travelling with the likes of PV Sindhu on the international circuit this year and he doesn't intend to change that until next year.

"If I was just travelling, what happens to the next batch, we would never have a Sindhu come out then. So we need more coaches, I can't do it alone. I need more help and support," Gopichand tod PTI in an interview. All the top Indian players, including Olympic silver-medallist Sindhu, London Olympics bronze-medallist Saina Nehwal and K Srikanth, have achieved success under the guidance of Gopichand. But with Indian badminton growing by leaps and bounds, Gopichand has been left with less time to devote to the top players, which leaves some of them aggrieved. Last month, there were reports that the relationship between Sindhu and Gopichand has deteriorated, something which the Indian ace rubbished later on.

"Everybody needs personal attention, and lot more court time from me which is not always possible. I keep getting it that 'Bhaiya, you were not there, if you were there I would have won'," Gopichand, a 2001 All England Champion, said. "So what do you focus on? Since 2008-09, every year which is the Commonwealth and Asian Games or Olympic year I have travelled and the other year I didn't travel. So this year I'm not travelling but in 2020 I will travel." Asked if he has chalked out his strategy for the Olympics, Gopichand said: "Last time, I travelled with the top players in the last few tournaments and then decided my plan. So, this time too ahead of the Olympics, in February and March, I will be travelling with the team and decide my plan for the Olympics." Gopichand produced two Olympic medallists in Saina and Sindhu at the 2012 London and the 2016 Rio Games.

The 45-year-old from Hyderabad hoped with new foreign coaches joining the camp, India will deliver yet again. "Challenges that I have is about coaches. Luckily, we have a few coaches now since February. I have taken a backseat to ensure that these coaches take over and start working with the players," said Gopichand.