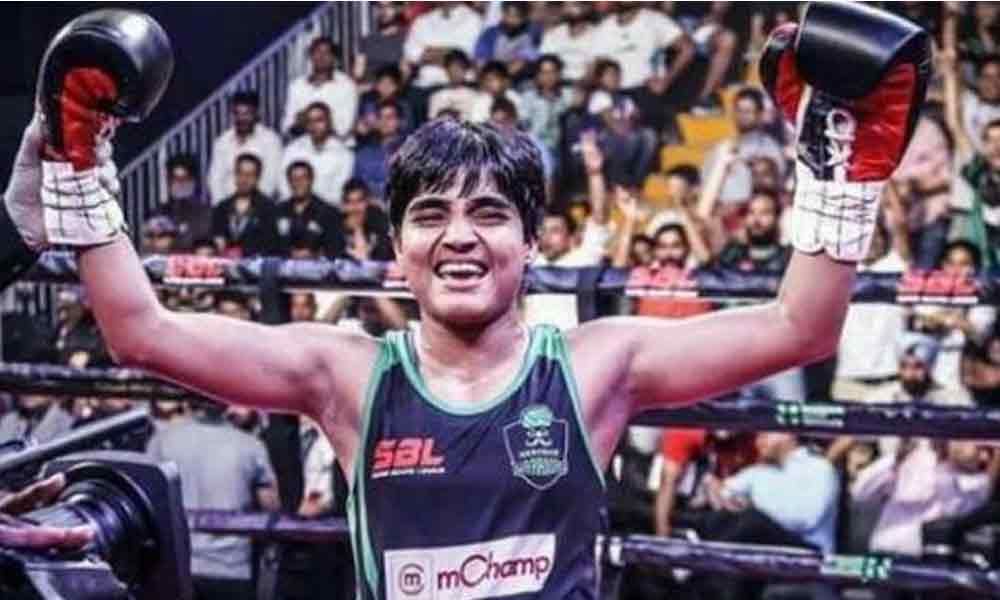 The post was tagged to the Kolkata Police which later said three persons were arrested in connection with the incident.

Kolkata: An international woman boxer was allegedly verbally abused and physically assaulted on Friday by a man when she was going to office in a two-wheeler, police said.

In a Facebook post later, Suman Kumari claimed that the incident happened at Mominpur area of south Kolkata around 11 am and when he sought help from a policeman standing nearby, he advised her to lodge a complaint to a police station.

The post was tagged to the Kolkata Police which later said three persons were arrested in connection with the incident.

Kumari's assault came within a week after former Miss India Universe Usoshi Sengupta was chased and harassed by miscreants when she and her friend were returning home in an app-cab at night.

Kumari, who recently won the Taiwan Professionals Boxing Championship, said she was first verbally and then physically abused by an unknown man near her residence at Mominpore when she was driving her two-wheeler to office.

"The incident happened at around 11 am when I was going to office on my scooty and a man came in front of it suddenly in order to board a bus. I managed to apply breaks but the man threw abuses at me and got into the bus," she said.

Kumari is a temporary employee with the state agricultural department.

"I chased the bus and in the next stop asked the man why he abused me. He came down and started abusing me again and suddenly held my throat. I tried to draw attention of a policeman standing nearby but he did not come forward," the pugilist said.

"Still I have enough faith on Kolkata Police. So I request KP to look into the matter and restore Law and Order as much as possible. Then only my beloved city will be more safe for the women," she wrote on her Facebook wall.

The city police, in its Facebook page, said it registered a case basing on her post and, after watching CCTV footages of the area, arrested three persons - Rahul Sharma, Sheikh Firoz and Wasim Khan.

"We have identified and arrested the culprits within an hour Madam; and shall ensure that they are punished.

Regards," the police said to the boxer in the page.