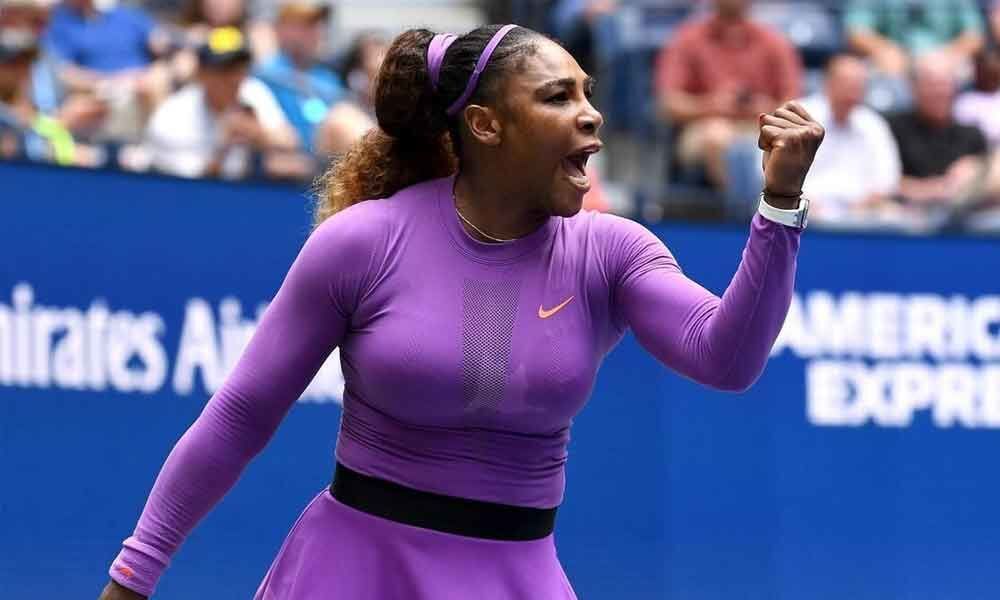 Serena Williams is wondering when she will start playing like a 23-time Grand Slam champion again in a major final, calling her poor showing in Saturday’s US Open final loss “inexcusable.”

New York : Serena Williams is wondering when she will start playing like a 23-time Grand Slam champion again in a major final, calling her poor showing in Saturday's US Open final loss "inexcusable."

Williams fell to 19-year-old Canadian Bianca Andreescu 6-3, 7-5 at Arthur Ashe Stadium on the same court where she won her first Grand Slam title 20 years ago, nine months before Andreescu was born.

"I love Bianca. I think she's a great girl. But I think this was the worst match I've played all tournament. It's hard to know that you could do better," Williams said.

"Bianca obviously played well. I think her returns make me play better and put pressure on my serve. "At the same time it's inexcusable for me to play at that level."

Williams had 33 winners but just as many unforced errors. She hit nine aces but misfired eight double faults and hit only 44 percent of her first serves.

"I honestly don't think Serena showed up. I have to kind of figure out how to get her to show up in Grand Slam finals." Williams, who remains one Slam title shy of matching Margaret Court's all-time record, has lost the past two Wimbledon and US Open finals since returning after having a baby two years ago.

And she's struggling to find answers for bad performances in the biggest matches.

"All of it honestly, truly is super frustrating," Williams said. "I'm so close, so close, so close, yet so far away. I don't know what to say. I guess I got to keep going if I want to be a professional tennis player. And I just got to just keep fighting through it."

"It's definitely frustrating, but for the most part I just am still here. I'm still doing what I can do." Williams fell behind 5-1 in the second set, sounding somewhat embarrassed and humbled at her situation before saving a match point in the seventh game to begin a fightback.

"I was just thinking, honestly at that point, 'Wow, this is terrible. You got to play better. I have to do better'," Williams said. "I just couldn't go down like that, so I just wanted to play a little bit better."

Most spectators in the crowd of 26,191 cheered on Williams, helping revive her to level the set at 5-5 before Andreescu broke again in the 12th game to win the title.

"Well, I was thinking, 'OK, Serena, you didn't miss a serve, you lost serve maybe twice in the whole tournament, and you didn't hit a first serve in today,'" she said.

"So that was obviously on my mind: 'How do I play at a level like this in a final?'" As her recent Slam finals losses go, she rated the effort superior to that against Simona Halep in dropping last July's Wimbledon final – "I definitely did better than I did against Halep" -- and discounted last year's Wimbledon loss to Angelique Kerber, saying, "Kerber doesn't count because I was exhausted. My baby was eight months, and that's tough."

Williams, who has not won a Slam since the 2017 Australian Open while she was pregnant with daughter Olympia, said the time after her loss was spent pondering why she played so woefully.

"I'm not really happy, but I have to take it one moment at a time," she said. "I honestly didn't play my best. I could have played better. That's the only solace that I can take."

Williams figures time will heal the pain, but it won't be any time soon. "In 20 years, I definitely will be like, 'Wow, that wasn't so bad,'" she said.

"It's very hard right now in the moment to take this and say, 'You did OK,' because I don't believe I did."