Vishwaraj puts India on world map against all odds 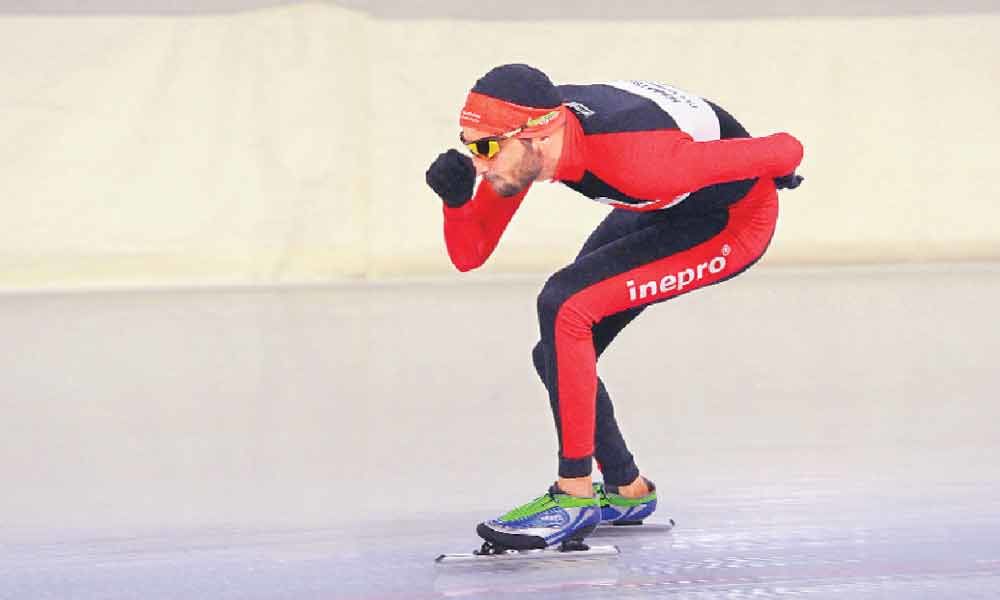 When Vishwaraj Jadeja’s Olympic dream was halted by injury, little did India’s fastest long-distance ice speed skater know that an ‘unofficial’ world record was waiting for him.

New Delhi : When Vishwaraj Jadeja's Olympic dream was halted by injury, little did India's fastest long-distance ice speed skater know that an 'unofficial' world record was waiting for him.

The 33-year-old skater from Ahmedabad dreams of becoming the first Indian ice skater to qualify for the Winter Olympics. To turn his dream into reality Vishwaraj moved to train in the Netherlands where long track ice skating enjoys the same position that cricket holds in India.

But tragedy struck while Vishwaraj was training for making the cut at the 2018 Pyeongchang Winter Olympics. He suffered a back injury which made it difficult for him to even walk, crushing all hopes for qualification.

With injury came an idea. An idea that would give shape to a passion project. One that put India on the world map. While recovering from his injury Vishwaraj, who has 13 national records, hatched a plan to explore some of the highest frozen lakes in the world -- which happen to be in India -- and skate on them.

In January this year he undertook the challenge of ice skating at Lake Tso Moriri in Ladakh, located at an altitude of 4,522 meters. By doing so he created an unofficial world record for the highest 5km distance speed skating. "It was a friend's suggestion.

Due to my injury, I had a lot of spare time. I did my research and found out that no one has recorded skating at above 4000 meters altitude and several Indian lakes are located higher than that," Vishwaraj told PTI from the Netherlands.

Reaching the Tso Moriri which is about 150 kms from Leh was exhilarating for the self confessed patriot who also holds the national record for 5k long distance speed skating.

"I was speechless I was very emotional the first time I started skating on the lake. As an Indian ice skater, skating in your own country at the end of the day was very patriotic. I was on the top of the world."

The journey to the top wasn't easy, Vishwaraj and his team had to overcome several challenges, starting from the moment he set eyes on the lake. Snow from the mountains had flown in and settled on the frozen ice of the lake.

"It doesn't snow on the lake but some snow from the mountain settled on the lake. It's not possible to skate on snow. So we had to ask the locals to help us clean a track of 3kms on the lake."

After spending almost 10 days in Ladakh, including a couple near the lake, acclimatising to the bone chilling weather, on D Day, two hours before the scheduled time to create the record something alarming happened.

"Two hours before I was to skate on the lake, I passed out because of the lack of oxygen. My crew had to administer oxygen to me. But then I had to do what I had come here to do."

"I got up and skated, registering an official world record. It's called unofficial because no one has done this before so we haven't figured out the paper-work that goes behind such a thing."

Vishwaraj wants to continue exploring the frozen lakes of India.

He plans to skate on about four more Indian lakes in the coming years.