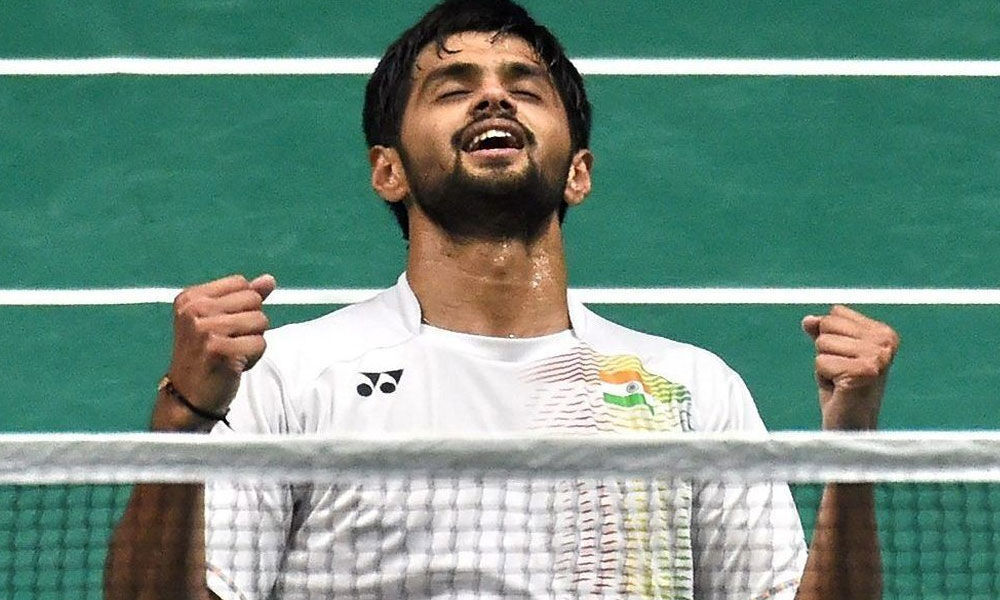 Engelberg (Switzerland): Indian badminton star Sai Praneeth, who enjoyed his best career ranking (15th) in 2017, has praised the Badminton Association of India (BAI) for supporting players and doing a lot of positive things to promote the game at the grassroots level.

"Indian badminton association is on the right path, it is doing good things to promote the game at the grassroots and is continuously supporting the players and taking care of all their needs. As a badminton loving nation, we are heading towards becoming a real powerhouse and the efforts should be continued because there are a lot of young players coming forth with immense talent and they should be rightly protected.

The day is not far when we would win Gold in World championships," the 2010 BWF World Junior Championships bronze medallist said. Praneeth believes that nowadays youngsters are posing a real challenge to the senior players and due to their strong presence it's really difficult for the seniors to win even the nationals.

Praneeth and Parupalli Kashyap, along with several other Indian players, are here to participate in the Swiss open 2019. They also visited Mount Titlis to promote the upcoming BWF World Championships to be held in Switzerland in June for the second time after a gap of 20 years.

Praneeth while talking to IANS, said nowadays young Indian players are posing challenges to the seniors and it's really difficult to beat them because they are well prepared and focused and their fitness level is at par with some of the international players.

"I think the national championships are really difficult to win these days because there are so many players including some juniors who are really doing well. Overall badminton in India has grown up and it's good that the youngsters are coming and posing challenges to the seniors. It's a good thing for Indian badminton," the Andhra Pradesh player said.

Asked about the match at Mount Titlis, Praneeth remarked: "It's entirely an amazing experience. I never thought of playing a match at such a height. And Mount Titlis is amazing, completely out of world thing for me. I really enjoyed being here and I really want to thank the Swiss badminton association for bringing us at such a wonderful place.

I really wish the upcoming World Championship a grand success and wish to win a medal there in Basel."Talking about his personal game Praneeth said that he is working hard to overcome his shortcomings and increase his fitness level. "This season has just begun and I played in All England Open. I lost there and I am not happy with my performance over there.

I am working on my shortcomings which reflected during the tournament. I am especially taking care of my fitness because last year, I really struggled with my body. This year is very important for us and that's why I have certain plans to improve my game and I am working hard towards them," he said.