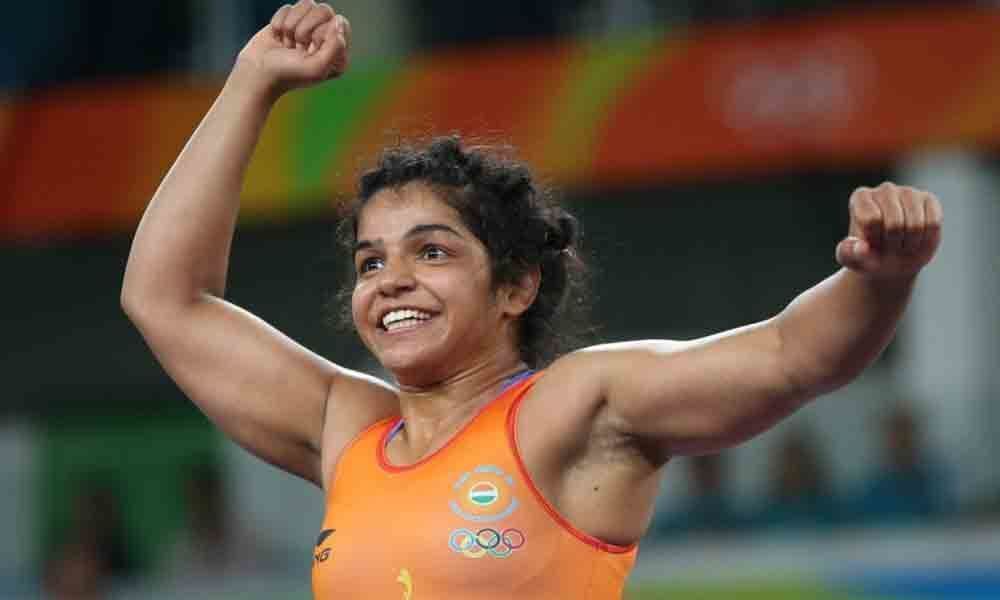 Olympic medallist Sakshi Malik has been reinstated to the national camp at the SAI Centre in Lucknow after she replied to the show cause notice issued by the Wrestling Federation of India (WFI) for leaving the camp without permission.

New Delhi (Agencies): Olympic medallist Sakshi Malik has been reinstated to the national camp at the SAI Centre in Lucknow after she replied to the show cause notice issued by the Wrestling Federation of India (WFI) for leaving the camp without permission. Sakshi (62kg), Seema Bisla (50kg) and Kiran (76kg), all of whom have qualified for the upcoming World Wrestling Championships, were three of the 25 wrestlers who were suspended from the national camp by the WFI for the same reason.

WFI Assistant Secretary Vinod Tomar on Monday told IANS that all three wrestlers told the Federation that they had gone home for the festival of Rakshabandhan.

"Sakshi said that she had gone home for the festival and admitted that she made a mistake by not taking due permission for it. Seema and Kiran also gave the same reasons. They have replied to the show cause notices and apologised. So now they are back in the camp," he said.

The trio's participation at the Worlds is no longer in doubt.

It had emerged that 25 of the 45 wrestlers in the camp were barred by the WFI. They were supposed to assemble on August 16 after the Alexandre Medved event in Minsk, Belarus, but when the attendance was taken only 13 were present. Those who had taken exemptions from the camp had not been barred.

Tomar said that all the wrestlers have replied to the federation and have been told that they can re-join the camp. However, those who had their World Championships trials on Monday were not allowed to participate in the same. While the trials for the Olympic weight categories were held on July 28 in Lucknow, those for the non-Olympic categories were held on Monday.

The World Championships will be held in Kazakhstan from September 14 to 22. Sources in the WFI had said the three wrestlers will be let off with warning. WFI President Brij Bhushan Sharan Singh said they want only serious wrestlers at the camp.

"We have told them that only those who are serious about training will return to the camp. If they have problems at home, they can sit at home. We will replace them. We can't afford the camp to suffer because of a few wrestlers. We can have more juniors," Singh told PTI.

Asked about allegations that the WFI has tried to manipulate trials by sending entries for the World Championship to United World Wrestling (UWW) without holding trials, Tomar defended the decision.

The last date to send entries was August 15 while WFI conducted trials for women in non-Olympic categories on August 19 in Lucknow and men's trials are scheduled for tomorrow in New Delhi.

"We had to send a team to Belarus for the tournament and to Estonia for the World Championships. A few junior wrestlers also wanted to compete in trials, so we delayed the trials so that they can compete when they comeback.

"Viky, who won a bronze in 92kg at the Worlds, he also has to compete. We delayed it so that we could have quality trials. I agree that the women's trials were very weak due to disciplinary action. We can always replace names already sent to UWW. We can give medical certificates for replacements," said Tomar.

The men's freestyle trials in four non-olympic categories and the 74kg in which two-time Olympic medallist Sushil Kumar competes, will be held tomorrow.