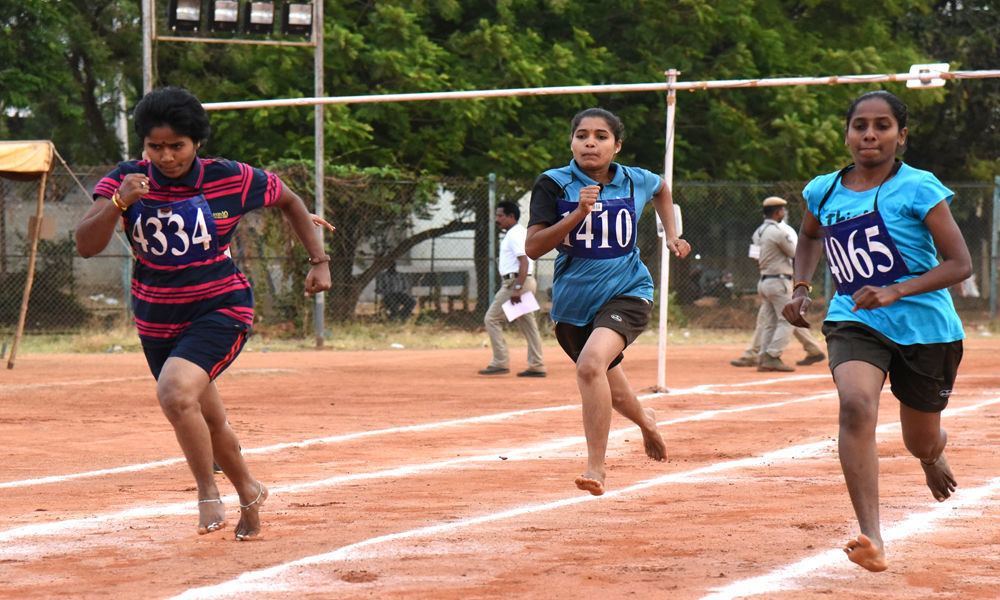 As many as 14,024 candidates got through the physical measurement and efficiency tests as part of recruitment process for the posts of stipendiary cadet trainee police constable and sub-inspectors.

Hanamkonda: As many as 14,024 candidates got through the physical measurement and efficiency tests as part of recruitment process for the posts of stipendiary cadet trainee police constable and sub-inspectors. Now they wait for final written test. It may be recalled here that as many as 27,487 candidates out of a total 31,179 appeared for the tests that commenced at the Jawaharlal Nehru Stadium on February 11 and ended on Wednesday.

The tests included 100 meter and 800 meters running, long jump, high jump and shot put. Of the total 14,024 candidates, who made it to the written test, 10,712 are men and 3,312 are women. On the concluding day of tests on Wednesday, 349 candidates got qualified of the 687 candidates appeared.

Warangal Commissioner of Police V Ravinder said: "The events were conducted without any glitch due to the commitment of the officials, who involved in the process." 'We have ensured transparency in the conduct of tests. The Telangana State Level Police Recruitment Board (TSLPRB) took all the precautions to make the selection process fool proof.' The biometric system was used for the attendance of the candidates. Physical tests of the candidates have been electronically recorded using radio-frequency identification (RFID) tags, Ravinder said.

It may be mentioned here that RFID tag is used to electronically record the time taken by the candidates to finish 100-metre and 800-metre runs, long jump and shot put. This apart, the authorities installed closed circuit television (CCTV) cameras all around the ground to monitor the tests.