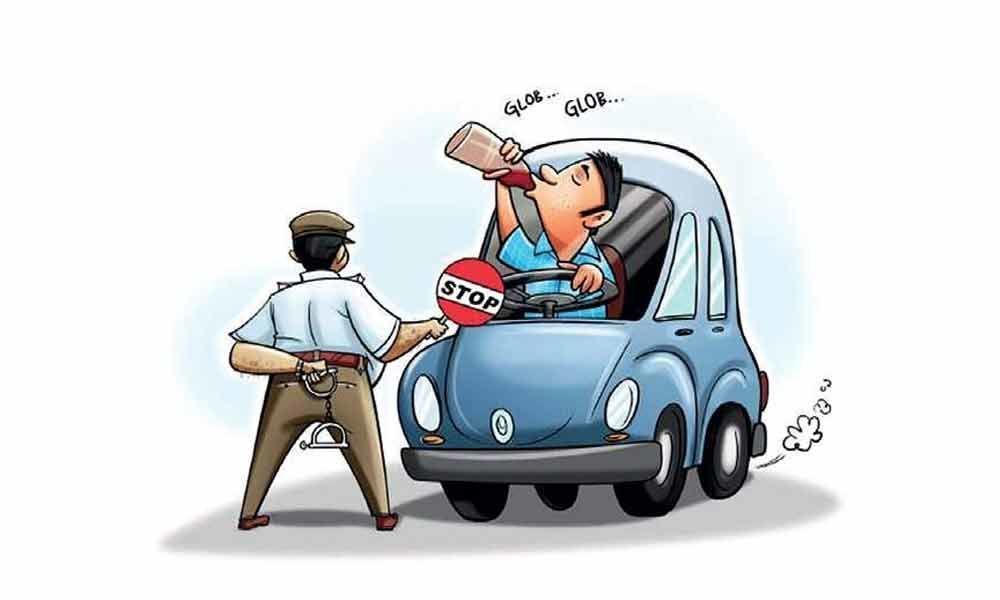 Hyderabad: Continuing its drive against drunken drivers and to ensure road safety, the city traffic police caught 1,498 drivers in March, who were driv...

Hyderabad: Continuing its drive against drunken drivers and to ensure road safety, the city traffic police caught 1,498 drivers in March, who were driving vehicles under the influence of alcohol.

According to Additional Commissioner of police, Traffic, Anil Kumar, charge sheets were filed against them and they were produced in the III and IV Metropolitan Magistrate Courts.

313 respondents have been awarded imprisonment and 39 persons driving licenses were suspended permanently. The Courts imposed fine amount of Rs 32.26 lakh on traffic violators.

All the violators who were sentenced for imprisonment were sent to Chanchalguda Jail. He also said, the respondents who were convicted in drunk and drive and other cases may face difficulties in getting government jobs, passport and visa clearance.

The violators who committed the offence were also counselled at Traffic Training Institute (TTI) at Goshamahal and Begumpet.

The drive against the drunken driving and other violations will continue for the safety of the commuters on road.