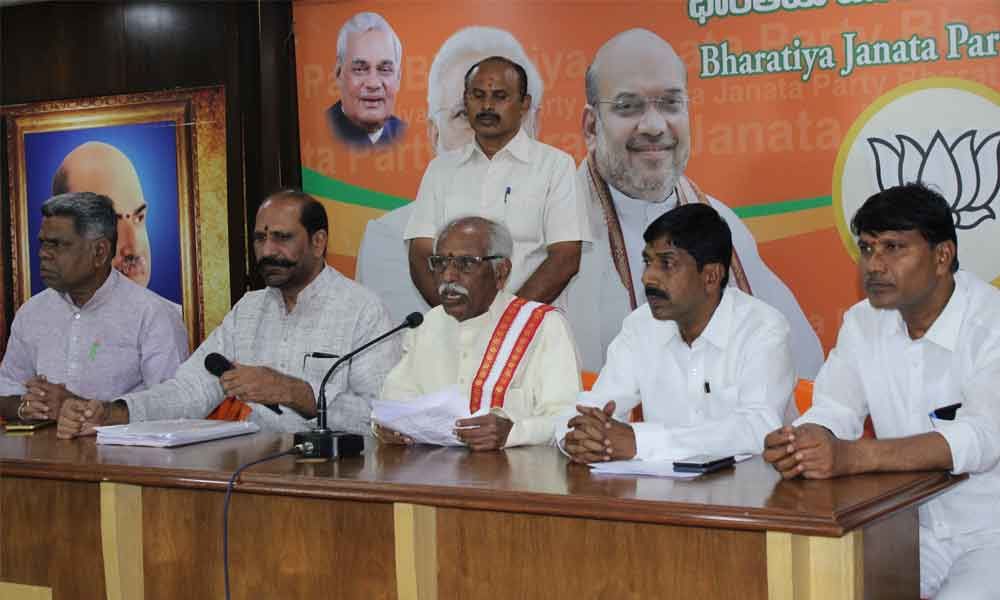 Addressing media here on Tuesday, the BJP leader termed it as good for the democratic process in the State. He said the TRS government has tried to overstep on the freedom and the authority of the State Election Commission.

That apart, it tried to hastily enact the act to go ahead with the conduct of municipal elections in a quick manner without following the norms properly.

He alleged that the division of wards taking into consideration the population, reservations of wards and other issues have been neglected in a hurry for conducting the election process.

The TRS thinks that since it has the majority it can enact laws to go ahead with whatever it wanted.

He also criticised the government for deviating its own schedule to conduct elections given to the high court and the court questioning necessity to conduct the elections in a hurry.

The government neither respects the freedom of the election commission, courts or the democratic norms, he added.

He demanded that the State government convene an all-party meeting to discuss the new municipal act and incorporate the suggestions given by them.

The same could be discussed besides the suggestions made by the Governor by calling a special session of the State Assembly to pass the act, he said.

He also cautioned the State government not to take the route of promulgating an ordinance while the issue is pending before the courts which would be undemocratic.

The party would fight politically any such undemocratic attempts by the TRS, he warned.