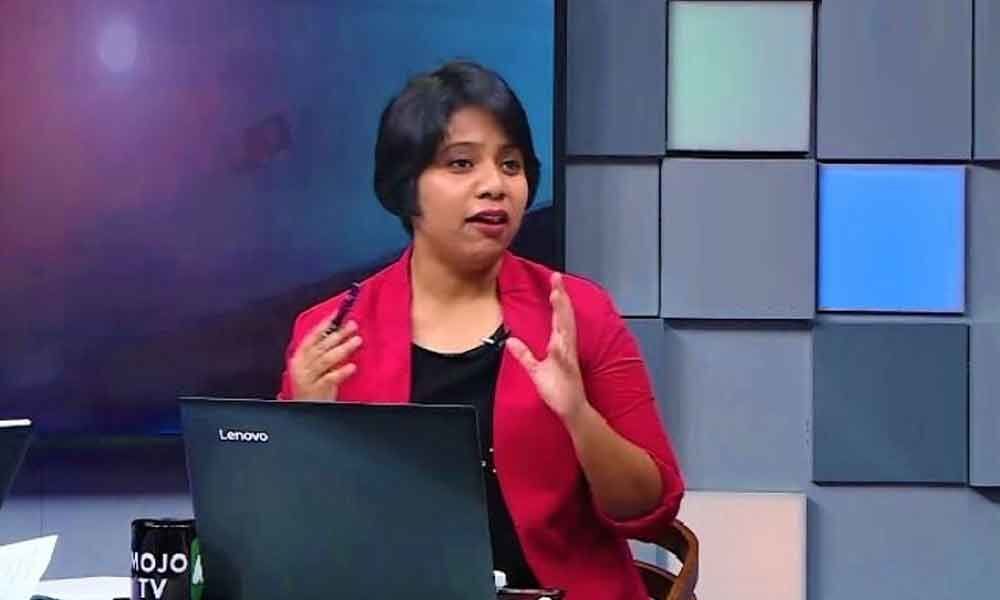 An invitee to a TV debate on Sabarimala issue in January, Mr Varaprasad, filed the case naming four individuals then associated with the Mojo TV programme, naming Revathi second in the FIR.

The FIR mentions two counts under which the case was registered, Section 504 of IPC (which is non-cognizable and bailable) and 3 (1) of SC ST Prevention of Atrocities Act 2015.

The clip of the show clearly shows that as anchor Revathi merely brought the discussion back to the topic of rights of women when it got diverted to a verbal altercation between co-anchor Raghu and the guest, Varaprasad.

Significantly, the Hyderabad police chose to arrest Revathi on a Friday, leaving her no possibility of securing bail till Monday. She was remanded to 14 days judicial custody in the

case. Such a detention is a blatant excess when Revathi as a journalist has been in Hyderabad and was not posing either the threat of tampering with evidence or absconding. This is a clear case of intimidation of journalists.

We, as journalists working in Telangana, are dismayed at the manner in which Revathi Pogadadanda was arrested and remanded.

Revathi has been vocal in opposing the controversial take-over of Mojo TV, of which she was CEO, a few weeks back. Earlier too Revathi has alleged that the state government has been harassing her.

The singling out of Revathi for arrest by Telangana police smacks of political vendetta and an assault on freedom of speech of journalists, and their right to defend the independence of media.

We urge Telangana police to refrain from such intimidation of journalists in the Telangana state as this case seems to have set a new precedent to the attacks on journalists.

Slowdown bottomed out: Economy needs to be opened up for 10%...