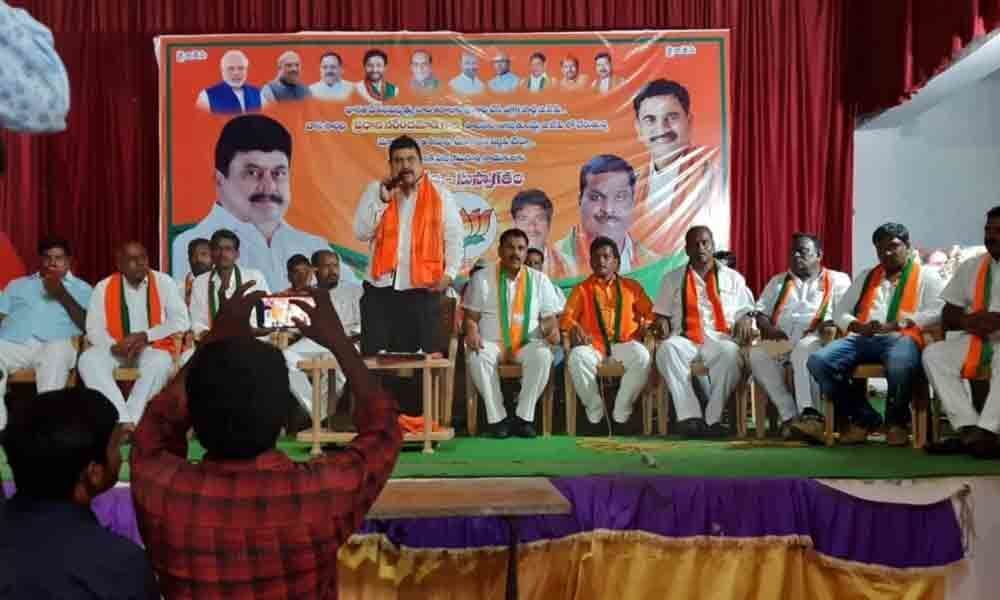 Choutuppal (Yadadri-Bhongir): Bharatiya Janata Party MLC N Ramchander Rao said that Chief Minister K Chandrashekar Rao and Telangana Rashtra Samithi working president KT Rama Rao were going to see the downfall of their party and their government soon as resentment among the people against them and their party was growing with each passing day. Along with party State leader Gongidi Manohar Reddy, Rao spoke to the media in Choutuppal in the district on Monday. Addressing the media, he said BJP had given a strong reply to TRS leaders by winning four seats in the State in parliament elections and restricted the pink party to nine seats.

He exuded confidence that BJP was going to emerge as strong party in the State and would come to power in the State in next Assembly elections.

He alleged that the State government has been diverting the funds released by the Centre to other programmes for political mileage.

He asserted that BJP-led Central government had sanctioned Rs 43,000 crore funds to the State government for laying national highways in the State in the past five years.

As many as 19 States in the country have been providing round-the-clock power supply to their people due to Central government's initiation and policies, he underlined.

He informed that Chief Minister K Chandrashekar Rao had rejected to implement the Centre's health scheme, Ayushmaan Bharat, and added that services of Arogyasri were stalled in the State due to pending dues of Rs 1,800 crore to the respective hospitals.

He challenged the TRS leaders to tell that there was no share of Central funds in ongoing welfare schemes and development activities in the State?

He said Congress party was sinking ship and was suffering due to lack of leadership. The BJP leader predicted that 'Lotus' would bloom in the State in the next Assembly elections and people of the State would see a sea of change in State politics in the forthcoming days.