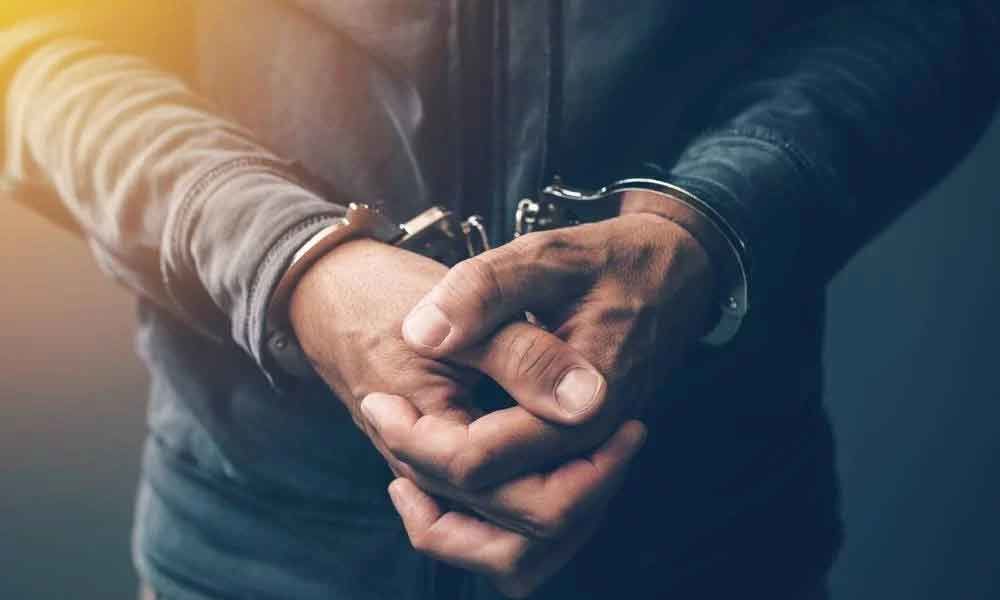 The bottles were addressed to VIPs, Government Officials and celebrities. The police seized one laptop, one printer, one cell phone, a moped and plasters from the possession of the accused.

The accused is a resident of Kummerguda in Secunderabad and failed in MBA. He is presently running spices business in the limits of the Market. While studying MBA in a private college in Bollaram, the accused during 2008 to 2010 tried to make friendship with a girl student.

When she denied his friendship proposal the accused bore grudge on her and waited for a chance to defame her. He also filed cases in the Court against the Professors and the administration of Osmania University for failing him in MBA. The accused hatched a plan to defame his former classmate as well as Osmania University professors.

As per his plan, he prepared 'From address letters' on the name of his former classmate and Professors of OU. Later, he prepared 62 bottles and filled them with polluted water and kept at his shop premises. On August 16, at about 4 pm the accused engaged one passenger auto for Rs 150, loaded 62 carton boxes in the auto and reached Secunderabad Post office.

On August 19, during afternoon hours the post office dispatching section while trying to dispatch the 62 parcel boxes, suspected something suspicious with the parcel.

Immediately the staff verified the given address and lodged a complaint at Mahankali Police Station. By verifying the CCTV footage and enquiring the auto driver they arrested the suspected person and handed him over to Mahankali Police for further action.