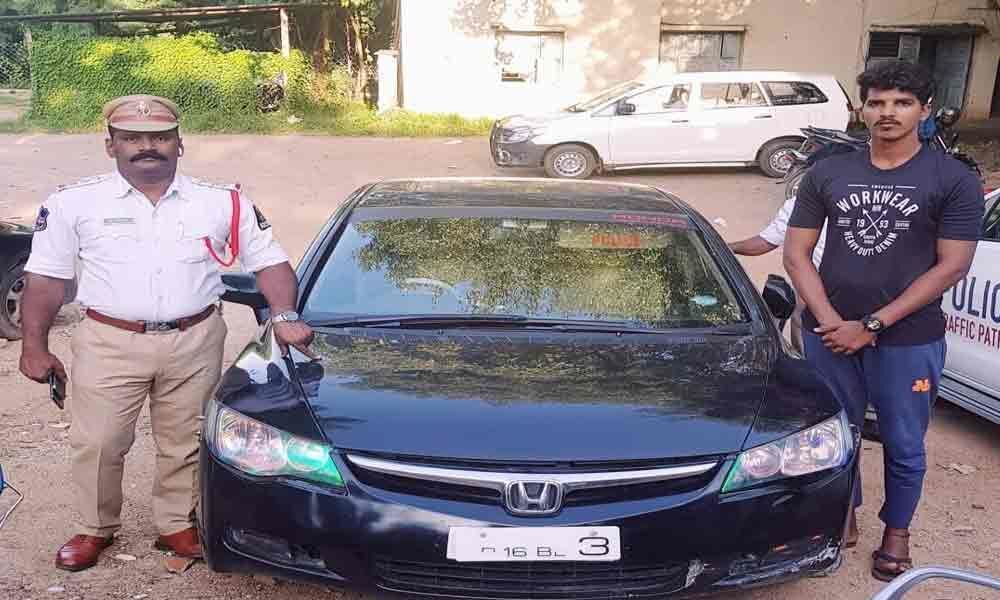 Hyderabad: A youngster arrested by Jubilee Hills traffic police for fabricating his car's registration number. Later, he was handed over to Jubilee Hills Law and Order police.

According to police, while performing the vehicle checking, the traffic police intercepted a car, which had tinted glass along with police stickers on the front and back sides of the car.

Apart, also the number plate of the vehicle was tampered in order to cheat the police. On enquiry police identified miscreant as Sandeep (21), working as a car driver. Later, Jubilee Hills Traffic SI, V Prabhakar Reddy registered a complaint at Jubilee Hills police station and handed over the miscreant to them.