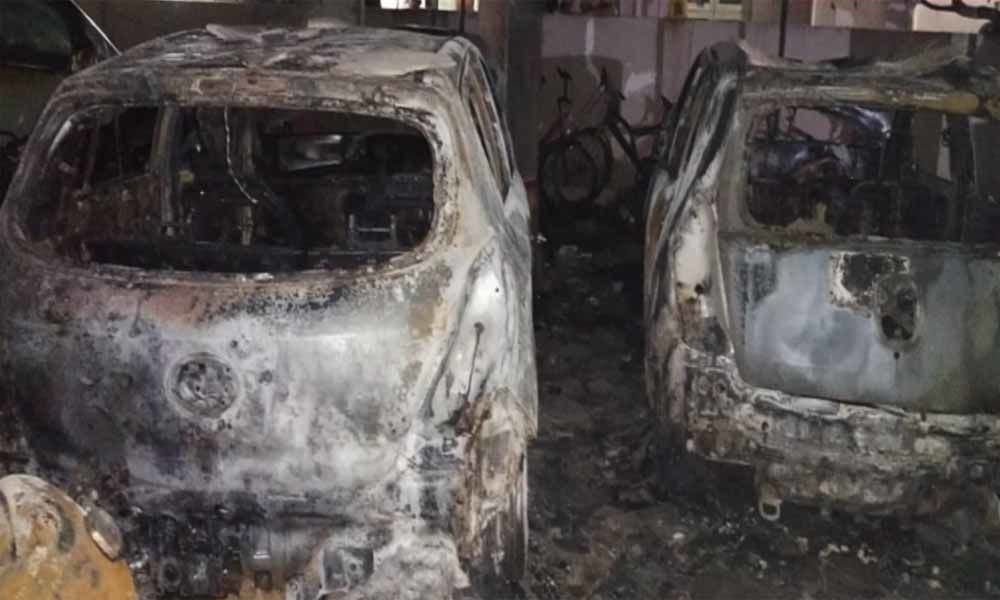 Massive fire broke out in Ganesh mandap on Wednesday morning here at Malkajgiri. The mandap arranged at Mytri-Nivas apartments caught fire after a diya near the Ganesh Pandal fell down.

The carpet caught the fire which engulfed the mandap. Two cars and 10 bikes parked at the apartment were also gutted. However, the security guard alerted the residents and moved the parked vehicles out from the apartment. No casualties have been reported.

Fire tenders were alerted who rushed to the spot and doused the fire.