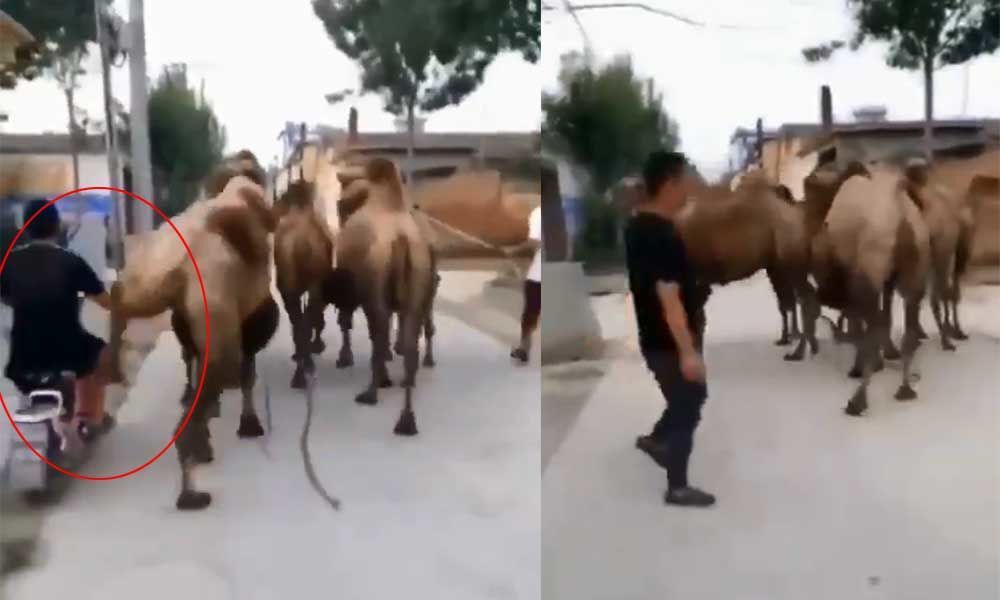 Animals can be extremely shrewd and act like filterless human beings now and again. Barely any animals get truly irritated and furious when we cross them.

Animals can be extremely shrewd and act like filterless human beings now and again. Barely any animals get truly irritated and furious when we cross them.

Do camels appear the irate sort to you? That is to say, do they give the appearance that they could ever fight among themselves or create a ruckus and get in a battle with people? Actually, I didn't think they have it in them to act upon their impulses or simply be mischievous. Anyway, my perspectives changed when I saw this viral video.

Do Not Overtake From Wrong Side.
Please Follow Road Discipline. pic.twitter.com/fLTXdm1xqw

One such video has gone viral after FS Sushanta Nanda posted it on Twitter. The video shows a herd of camel strolling in the city while a biker attempting to overtake them. A furious camel aims and kicks the biker which makes him stop.

As the man looked at the camel, another camel turned over to him in a manner to ask like "Do you have any issue, got something to say?" in a thug style. The video was shared with a caption "Penalty for overtaking On the wrong side."

Always moderately paced, I didn't understand camels get this maddened over road rage. The area where the video was taken isn't known.