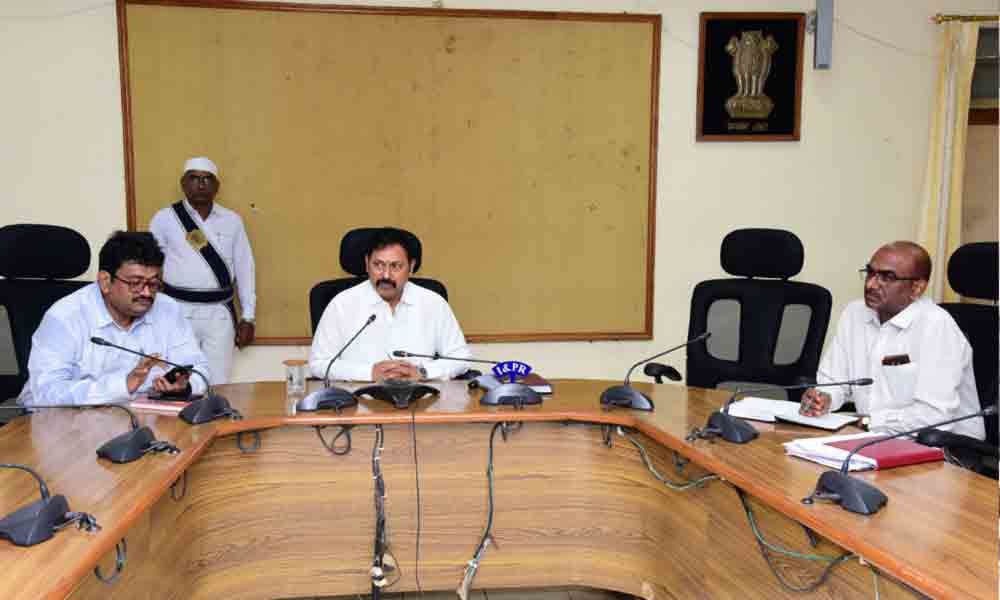 The officials should give more importance to the people’s grievances and should solve them immediately without keeping them pending, ordered Joint Collector GV Shyam Lal Prasad.

Karimnagar: The officials should give more importance to the people's grievances and should solve them immediately without keeping them pending, ordered Joint Collector GV Shyam Lal Prasad.

He participated in 'Dial Your Collector' programme that is held every Monday in Karimnagar.

After listening to various grievance calls received from the people across the district, the JC assured them that all the issues they have received will be solved as early as possible.

He advised the people to report their problems, if any, through this programme, if they are unable to personally submit their grievances to the officials concerned.

The people should not dial on every Monday on the same issue. If their problems are not solved then they can go to the collectorate directly seeking solution, which would be taken up by the officials concerned and will try to solve it.

Later addressing the officials, the Joint Collector ordered them to attend the 'Dial Your Collector' programme without fail and receive grievances from the public.