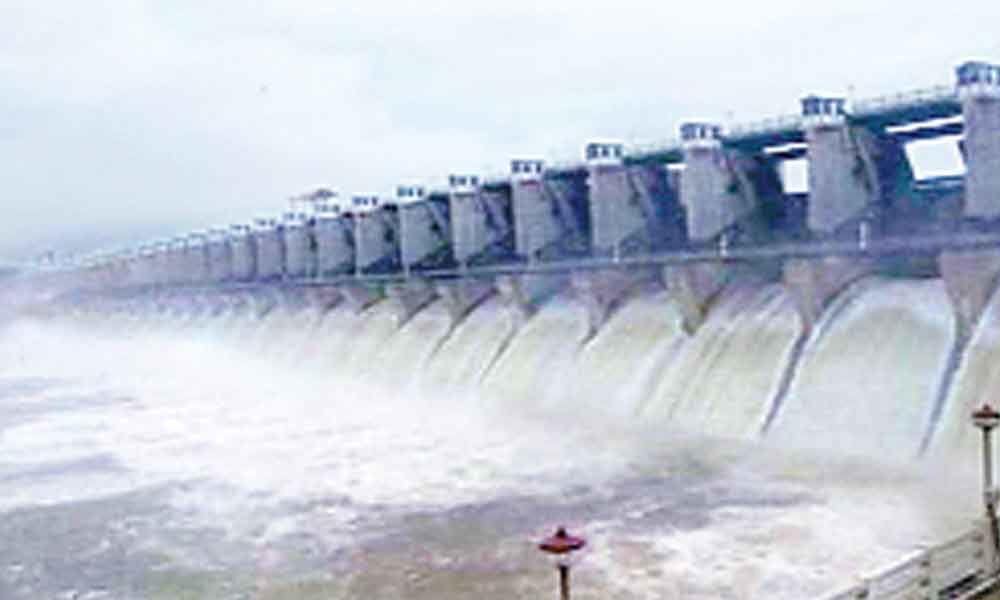 With the Karnataka government agreeing to release 2.5 TMC water from Narayanpur dam to Jurala on Friday on the request of Telangana Chief Minister K Chandrashekar Rao

Gadwal: With the Karnataka government agreeing to release 2.5 TMC water from Narayanpur dam to Jurala on Friday on the request of Telangana Chief Minister K Chandrashekar Rao, the people of the erstwhile Mahabubnagar district are relieved, who have been facing acute water shortage for the past few months.

Along with this water release, now the State government is expected to meet the growing drinking water needs of the people of Gadwal through Mission Bhageeratha project.

Gadwal resident Kishore said that since March this year, there is extreme water scarcity in some parts of Gadwal municipality as well as in the surrounding villages. Moreover, demand for drinking water will increase in summer, which is a major concern as water levels in Jurala and Jammulamma reservoirs are fast depleting.

Jurala project Executive Engineer Sridhar said that presently, water level in Jurala project is at 1.7 to 18 TMC feet against its full capacity of more than 9 TMC.

This is not sufficient to meet the drinking water needs of the district during summer. The water in Jammalamma reservoir, which is meeting the current water needs of Gadwal district, is expected to last for about a week or two only.

Taking into cognisance of the severe water shortage in Gadwal district, the State government had requested the Karnataka government to release 2.5 TMC water from Narayanpur reservoir so

that it could suffice the drinking water needs of district and

The Karnataka government released water on Friday evening, which may reach Jurala project in the next four to five days.