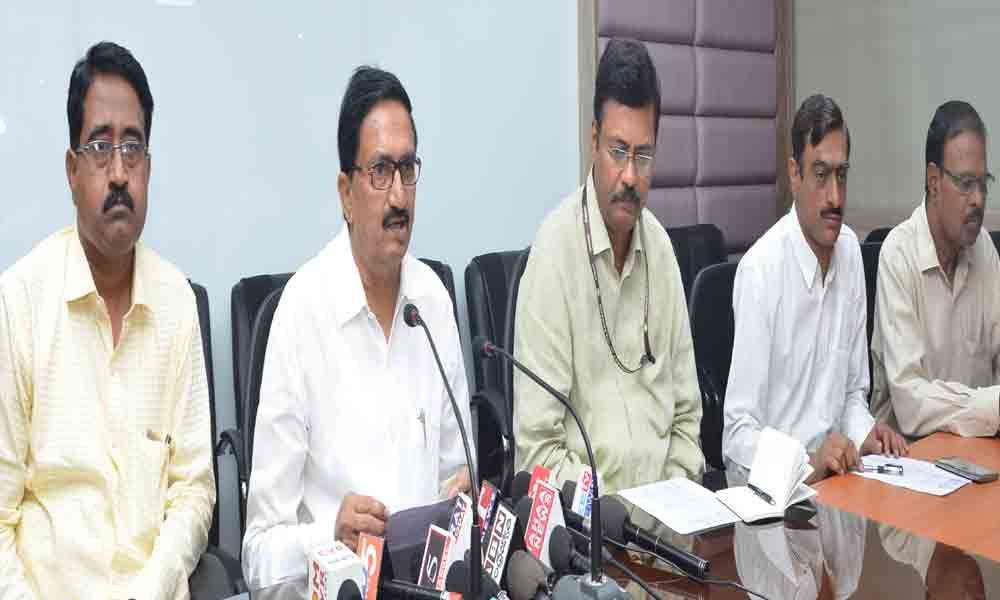 Finally, Bhadrakali lakefront promenade, which has been alluring for some time, will be thrown open for the public this month.

Warangal: Finally, Bhadrakali lakefront promenade, which has been alluring for some time, will be thrown open for the public this month. It may be noted here that Bhadrakali lake foreshore development is one of the major components taken up under the National Heritage City Development and Augmentation Yojana (HRIDAY), Central government's ambitious project aimed at holistic development of heritage cities.

The executing agency, Kakatiya Urban Development Authority (KUDA), which has put several deadlines for the completion of project, has finally ensured the completion of works by the end of this month. Speaking to media persons here on Thursday, KUDA chairman Marri Yadava Reddy said that they have plans to inaugurate the promenade by Chief Minister K Chandrashekar Rao on June 20.

Apart from tourism point of view, the other major advantage of the 4.5-km bund-cum-road on the foreshore area is that it keeps intact the Bhadrakali Lake area, which already lost huge swathes of land to encroachments, besides preventing lake from pollution.

Admitting delay in carrying works, Reddy said that project took more time than expected due to several interlinking works. "The Rs 22 crore-promenade would surely be regarded as one of the best in south India," Reddy said. It would also add attract tourists far across from the country, he added.

Referring to the other works taken up under HRIDAY, Reddy said that most of them are nearing completion. The Jain vanam opposite the Padmakshi temple in Hanamkonda, the façade lighting, and other beautification works in Warangal fort are also nearing completion.

He also reeled out developmental works - community hall, children's park, walking tracks and lighting system in O City, and a community hall at the historic Inavolu temple – carried out by the KUDA. He said that they have allocated funds for land acquisition for the construction of inner ring road (IRR).

The KUDA acquired 30 acres in Warangal fort and soon launch the construction of cottages for tourists, he said. He said that efforts are also on to acquire at least 500 acres for land bank for future developmental needs.

Responding to a query, KUDA vice-chairman and Municipal Commissioner N Ravi Kiran said that they had submitted the draft master plan for the government's approval. The government will take a decision after consultations with the authorities concerned, he added. Referring to the incomplete work on junctions' development in the city, Ravi Kiran said that it would be speeded up after taking suggestions from Lee Associates.

KUDA PO E Ajit Reddy was among others present.