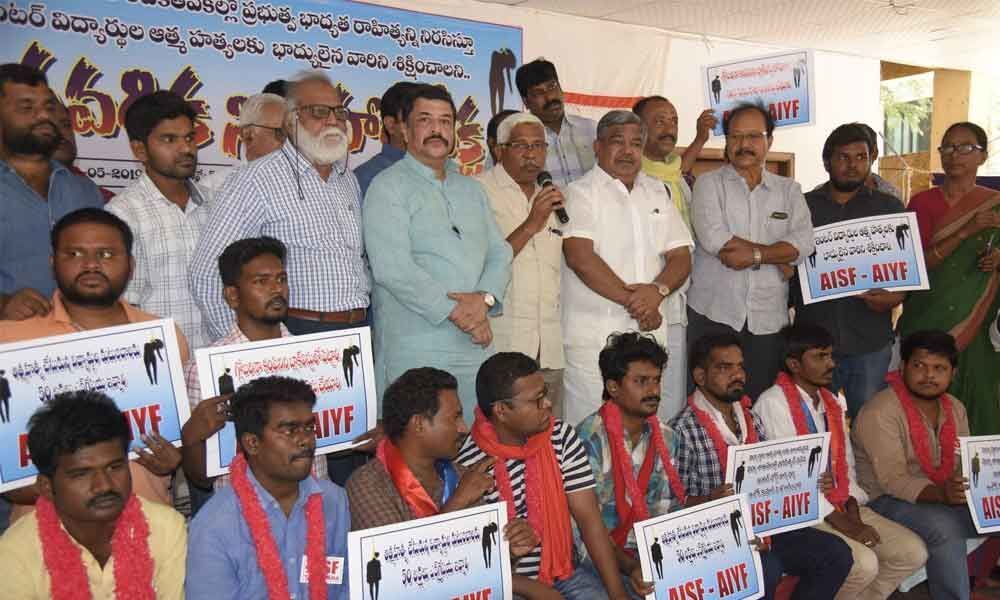 Extending support to AISF and AIYF protest at Makhdoom Bhavan along with Congress leader Gudur Narayana Reddy, TDP and people's organisations and others, Kodandaram criticised the government for failing to take action against Globarena Technologies for the failure of results that led to many students committing suicides.

He expressed concern at the failure of the Inter Board and officials in handling the results. The government was deliberately not taking action against those involved in the irregularities, he alleged.

The TJS chief also reiterated that the government was protecting them and ignoring the plight of the students and parents. He sought to know as to why the government remained calm when injustice was meted out to lakhs of students.

The officials and the entire government machinery are trying to protect Globarena instead of acting tough, he rebuked. He also found fault with the Intermediate Board for disowning responsibility on the results failure and suicides.

Kodandaram said a grand alliance of regional parties may form government at the Centre without taking KCR and YSRCP chief Jagan Mohan Reddy in the bandwagon.